Getting To Know Charles Darwin

Getting To Know Charles Darwin

SciWorks Radio is a production of 88.5 WFDD and SciWorks, the Science Center and Environmental Park of Forsyth County, located in Winston-Salem.

February 12th is Darwin Day, an international, annual celebration commemorating the birthday of Charles Darwin, the English naturalist and geologist made famous for his theory of evolution by natural selection. We’ve all heard of Darwin, but what do we know about him? ​

I spoke with Dr. Paul Brinkman, head of the History of Science Research Lab and Curator of Special Collections at the North Carolina Museum of Natural Sciences, to learn more.

He had a reputation of being a fun shipmate. He was a gentleman of course; he had a great sense of adventure; he loved to travel. One of the funniest idiosyncrasies about Darwin, I think, is that he was a really adventurous eater. He wanted to try just about any animal he could get his hands on. His wife was Emma Wedgwood, his first cousin, who then became Emma Darwin.

Darwin was an incurable naturalist and collector from an early age.

So, when he was offered the opportunity to take a five-year scientific journey aboard the HMS Beagle, circumnavigating the globe and spending a lot of time in Southern South America - long story short - he took it.

Some of the most important things he collected were vertebrate fossils. And some of these vertebrate fossils, curiously enough, seemed to resemble the living fauna of those same areas. And so when Darwin recognized that South America had this fairly unique living mammal fauna and that the fossils that he found, which weren’t very old, also resembled these same animals, he thought that was rather curious. I think as early as about 1832, very early in the voyage, he started thinking that maybe the best explanation for this phenomenon is that animals evolve over time.

Darwin’s theory of natural selection is important because it was the first feasible mechanism to explain the evolution of life over time.

Natural selection is the engine of evolution. VERY simply stated, if an individual organism is born with an advantage for survival, it lives longer and produces more offspring. The new trait is passed on. Eventually the descendants out-compete the original species and become the next evolutionary step.

Darwin had done such a masterful job of accumulating all of this extremely suggestive evidence, the best explanation of which was “Well, life must evolve. Otherwise, why would you see ‘this’ kind of distribution of animals or ‘this’ suite of fossils in the fossil record unless life had evolved.”

But, at the time, there were holes in his hypothesis.

So, he wrote two entire chapters addressing this problem - that the fossil record didn’t seem to bear out his theory. What Darwin argued is that one should expect to see thousands and thousands, if not millions, of these transitional forms, changing very gradually, one into another. But mostly, it was a lot of random animals distributed over time.

At the time, there was no good record of transition from one animal to the next, but soon after Darwin published his famous book, On The Origin of Species, Archaeopteryx, a beautifully-preserved dinosaur with well-developed, bird-like feathers, was discovered. This was the first known transitional fossil between dinosaurs and birds.

(Scroll down for images of Archaeopteryx and some other known transitional fossils.)

RELATED: Discover the The Dinosaurs In Your Backyard On SciWorks Radio.

So, he’d convinced the vast majority of practicing scientists of the fact of evolution, but people were a lot slower to come around to natural selection. One astronomer once famously called it “the theory of higgledy piggledy,” which I think is pretty funny, but I think what really bothered people is that it sort of immediately removes mankind from his privileged position at the top of the great chain of being and argues that, well, man is just sort of a result of these random variations. And this didn’t sit well with a lot of people; even a lot of scientists.

Some SciWorks Radio Episodes about the topic of evolution and/or evolutionary biology: 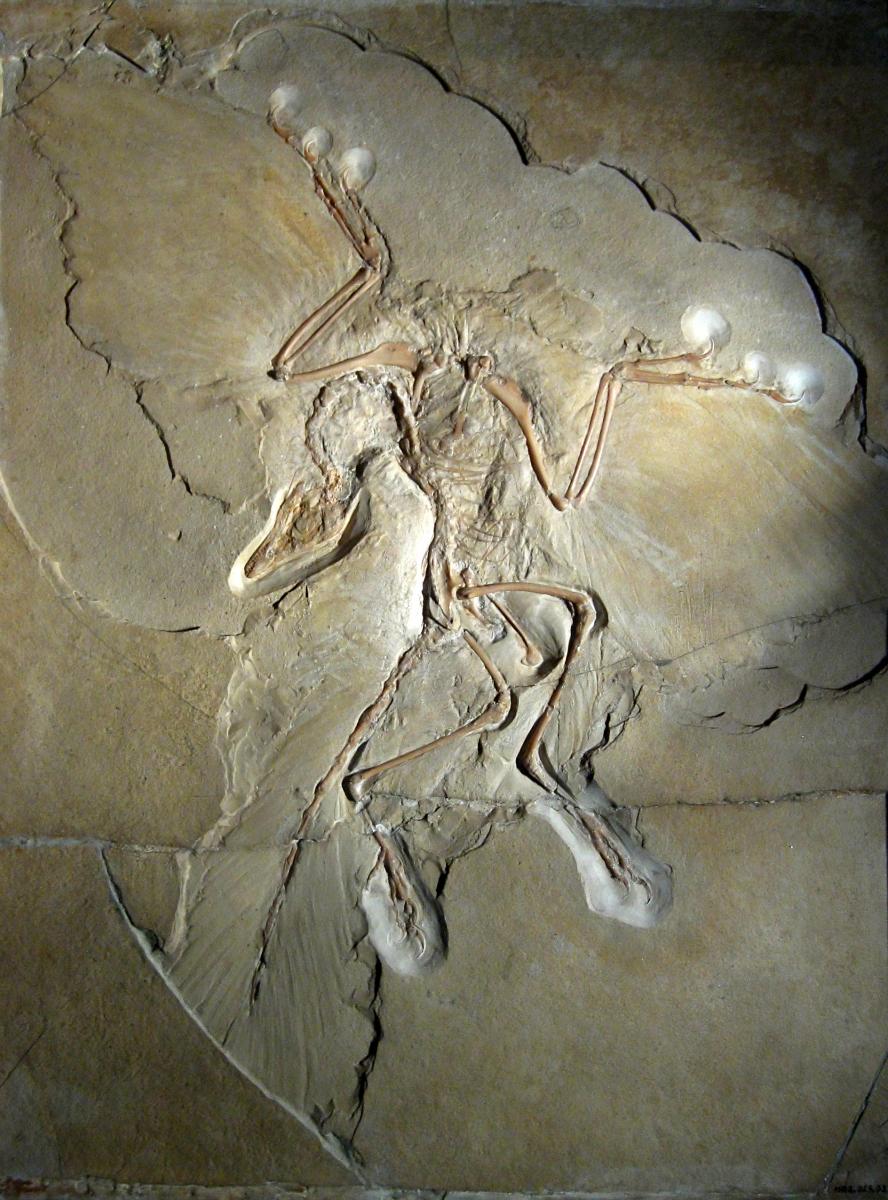 Archaeopteryx lithographica  - If this beautiful specimen of a dinosaur-to-bird transition had been discovered before Darwin published On The Origin of Species, it may have been the smoking gun for his argument for natural selection. (credit: H. Raab)

Tiktaalik is likely a representation of the evolutionary transition from fish to amphibians. (Credit Eduard Solà)

(Have a listen to this SciWorks Radio episode.) 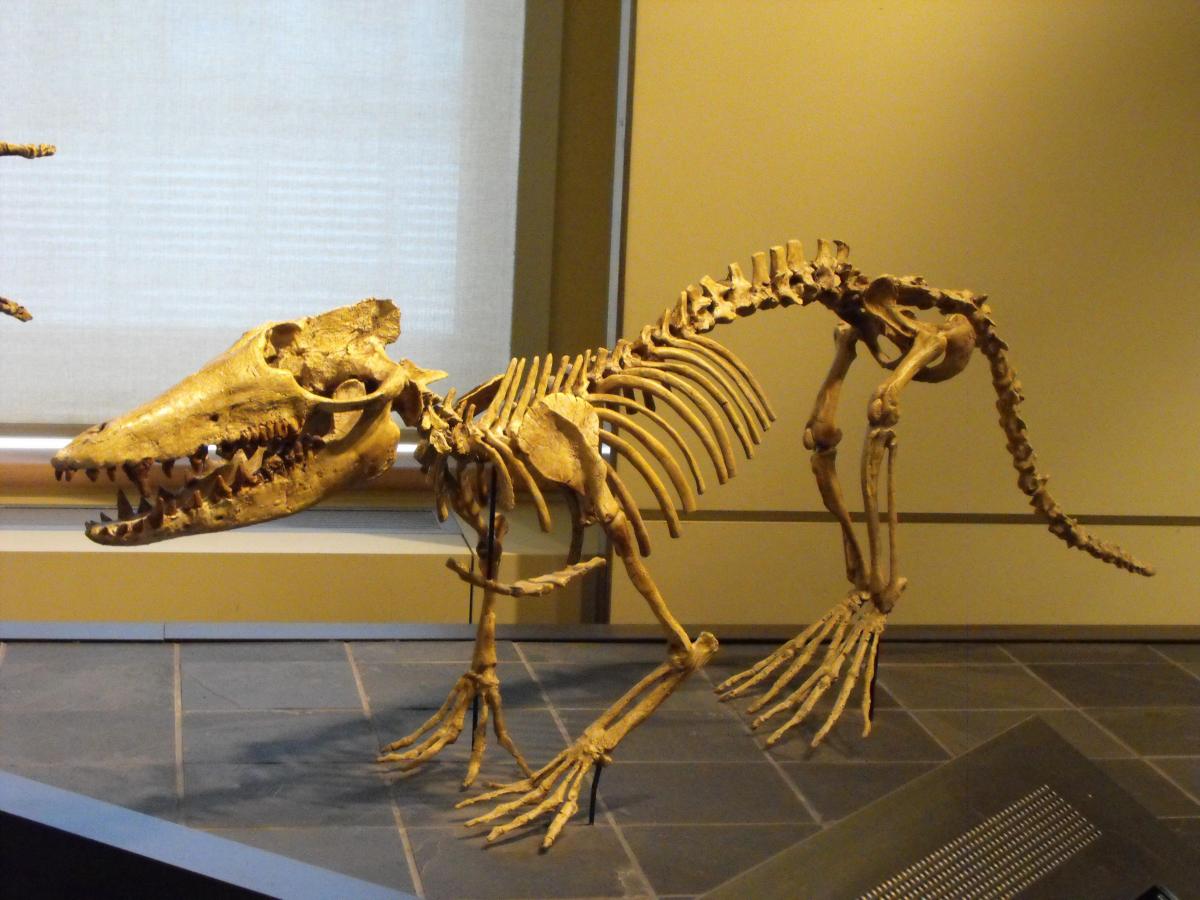 Pakicetus - This four-legged, land animal that once lived in what is now Pakistan is the earliest known whale ancestor. Paleontologists have traced whale evolution, through the fossil record, from land mammal to sea mammal.   (credit : Kevin Guertin

This Time Round, the theme music for SciWorks Radio, appears as a generous contribution by the band Storyman and courtesy of UFOmusic.com.

Does the IRS really want to spy on your bank account? The latest tax fight, explained

The COP26 summit to fight climate change is about to start. Here's what to expect

HBO's 'Insecure' soars by staying true to its revolutionary mission