And it's all because of Michaela Mendelsohn, a trans woman who's employed trans people at her restaurants for years.

The lunch rush was supposed to end hours ago. But in the heart of Los Angeles, this fast-food restaurant, El Pollo Loco, is still buzzing. General manager Kristy Ramirez glides between the registers and the massive grill, surveying hundreds of pieces of chicken. But she's not too busy to greet regulars like Vickie Parker.

Ramirez has worked for El Pollo Loco for four years and knows many of the regulars. She's loyal to the company because it gave her a chance that no one else would consider, since she's transgender. For that, she thanks Mendelsohn.

In 1988, before she transitioned, Mendelsohn bought her first El Pollo Loco franchise. She just happened to like their menu. "I didn't go to college to figure out which restaurant!" she says, laughing.

She acquired several more stores by the time she transitioned in 2004. Now she owns a total of six El Pollo Locos in Southern California.

But it wasn't until 2012 that she hired her first trans employee. That person told her how hard it was to get a job. 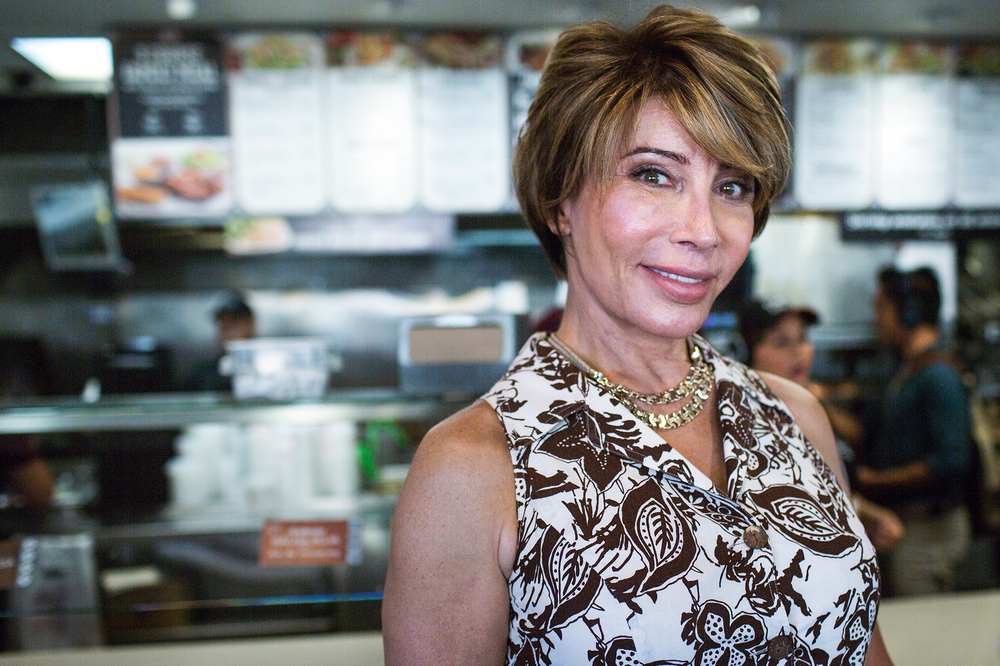 Michaela Mendelsohn is a transgender activist, public speaker and businesswoman. "The word's just gotten out that I'm a trans owner supporting trans people," she says at one of six El Pollo Loco locations she owns.

Workplace discrimination and stigma are some of the reasons that trans people have an unemployment rate that's twice the rate of other Americans.

Mendelsohn was moved, and she started to reach out to other trans people looking for work.

"Currently, we have 8 to 10 percent of our total workforce is transgender, out of about 150 employees," she says.

Then she had a thought: Is there a way to get other restaurants to follow her lead?

'This Is A Civil Rights Issue'

Earlier this year, at a conference of the California Restaurant Association, Mendelsohn was chatting with other association members at a hotel bar — including her longtime friend Jot Condie, who heads the group.

Condie heard about the workplace discrimination that trans people deal with.

"I considered myself, as a person, somebody who had my head in the sand when it comes to what they're really going through," Condie says. "This is a civil rights issue."

Condie says he was convinced to have the Restaurant Association back Mendelsohn's big idea. "To me it wasn't like, 'Whoa are you serious?' To me it made sense," he says.

The idea was this: Mendelsohn would start a program connecting trans people looking for jobs with restaurants looking for workers.

The association has 22,000 members, large enough that it could make a real difference.

The first big step happened in late August at the Western Foodservice and Hospitality Expo in downtown Los Angeles.

The association sponsors this event every year. Vendors from around the country try to entice the 10,000 attendees to try new fare — sticky buns, pot stickers, spring rolls. 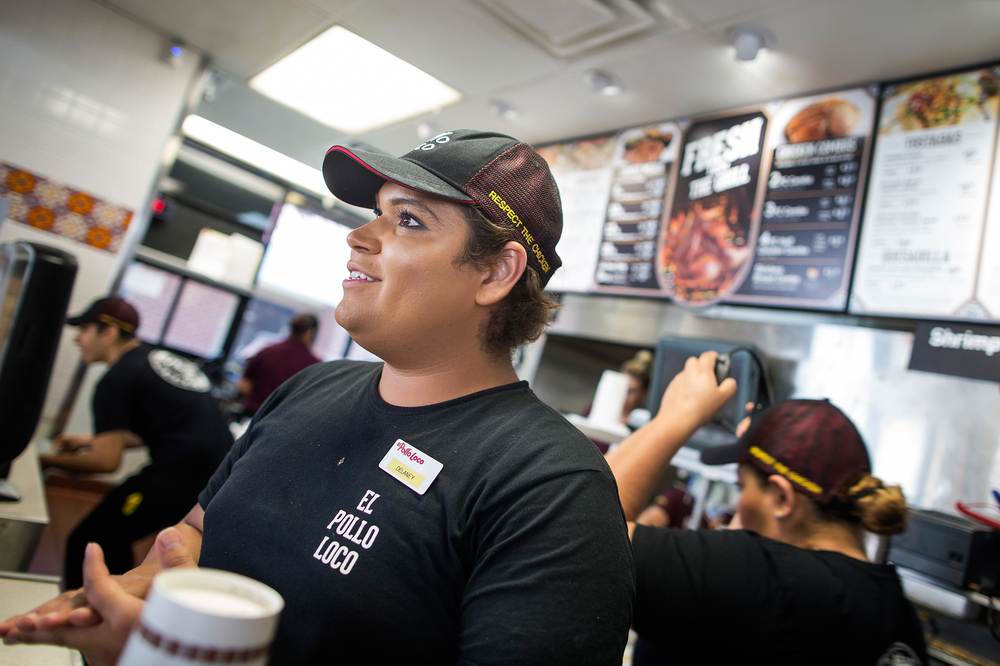 And one floor up, the association hosted a seminar where Mendelsohn gave restaurateurs their first taste of the new California Transgender Workplace Project. "Take a seat. We're here today for the new normal," she told them, as she gave an intro course on the basics of trans people — call it Trans 101.

She explained how to join the project and be certified as trans-friendly. Mendelsohn also tells people that a state grant will pay for the first 60 hours of a new hire's wages as an incentive.

Back on the expo floor, though, there's some skepticism.

Some attendees say this program for trans people sounds like a good thing. "I don't see why they can't work the way everyone else is entitled to work in this country," says Grant Theim.

But then he hesitates. "You know, I still think that there's a majority of people out there that might have a problem with being served by somebody that's transgender."

That concern initially worried Mendelsohn, too. But she was surprised — in the years she's had restaurants staffed with trans people, customers have been overwhelmingly supportive.

And when they aren't, she says bosses should be prepared to stand up for their employees.

And with more trans people visible in the workplace, it could change the way all Americans view them, one order at a time. 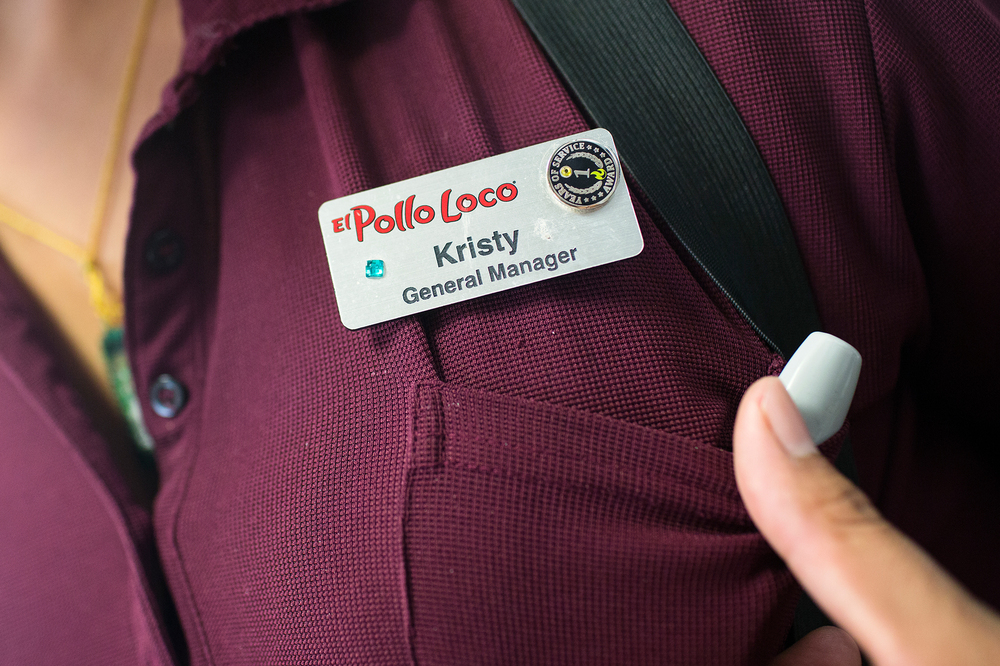 General Manager Kristy Ramirez decorated the name tag she recently received when she was promoted at one of Mendelsohn's El Pollo Loco franchises.