Warplanes repeatedly bombed a complex of three schools in northern Syria on Wednesday in what UNICEF is calling one of the deadliest attacks on schools since the conflict began more than five years ago.

UNICEF said the airstrikes in the village of Hass in the rebel stronghold of Idlib killed 22 children and six teachers. The Syrian Observatory for Human Rights said the death toll was higher — 35 people — but included fewer children, at 11.

Activist Marwan Hamid, who lives near the scene of the attack, told NPR's Alison Meuse that "four teachers lost their lives; so did the school custodian. First-responders and neighboring residents were killed in successive strikes. But most of the victims were children."

Here's more from Alison on what Hamid said he witnessed:

"He counted seven air strikes. Most hit the town's three-school complex. These were government schools before the war, he says, and would have been known. ...

"He says it was a very hard sight. Some people cursed the Assad regime. Some invoked God. And others didn't say a word."

Russian and Syrian planes have been launching airstrikes in the area, which is located about 50 miles southwest of Aleppo. "The US-led coalition against so-called Islamic States (IS) has also targeted rival jihadist fighters linked to al-Qaeda who operate there," the BBC reports.

It wasn't immediately clear whose planes carried out the strikes on the school complex. According to Reuters, "a report on Syrian state TV quoted a military source as saying a number of militants had been killed when their positions were targeted in [Hass], but made no mention of a school."

Russian Ambassador to the United Nations Vitaly Churkin told the wire service: "It's horrible, I hope we were not involved. It's the easiest thing for me to say no, but I'm a responsible person, so I need to see what my Ministry of Defence is going to say." 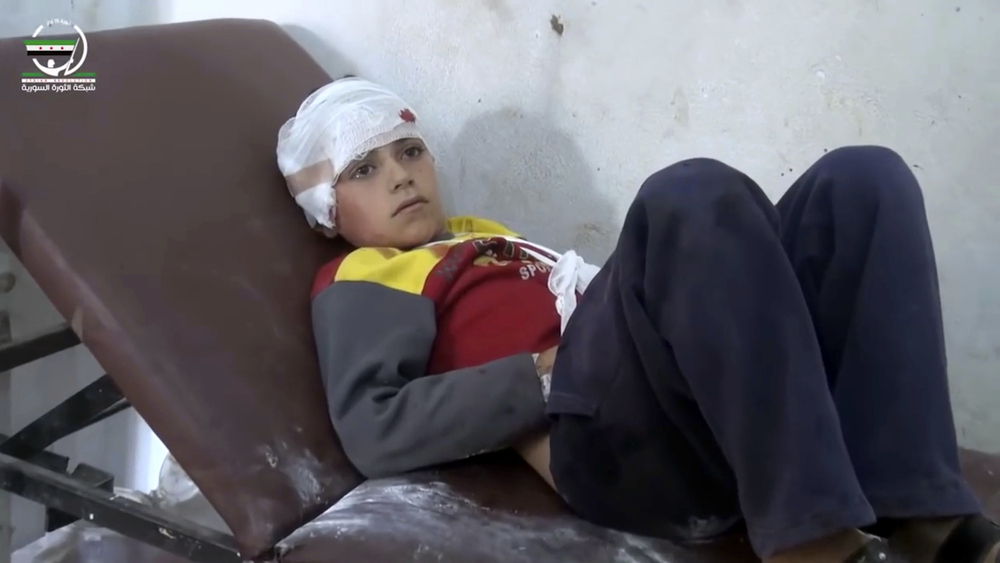 A child with a bandaged head lies in a hospital bed after deadly airstrikes Wednesday in the northern, rebel-held village of Hass, Syria.

This year, UNICEF "said it has verified at least 38 attacks on schools around Syria, whether in government-held areas or rebel-controlled territory. Before Wednesday's attack, 32 children were killed in 2016 in attacks on schools," as the group's regional chief of communication, Juliette Touma, told The Associated Press.

"A total of 60 attacks were recorded on schools in 2015," she told the AP, adding that 1 in 3 schools in the country have been rendered unusable by the conflict.

Hiring slowed sharply in November, even before omicron, with 210,000 jobs added