There's a stealthy nighttime battle taking place on the African savannah. It's a place where poachers stalk their prey — the animals that graze there. And they, the poachers, are in turn stalked by rangers trying to bring them in.

Now those rangers are trying out some new equipment using the kind of technology pioneered by the military.

On an evening ride in Kenya's Maasai Mara, park ranger Martine Cheruiyot hoists a 20-pound gray tube and screws it on top of a jeep. It looks a bit like an X-ray machine in a dentist's office. But this giant can read thermal waves — it sees a person's body heat a mile away. 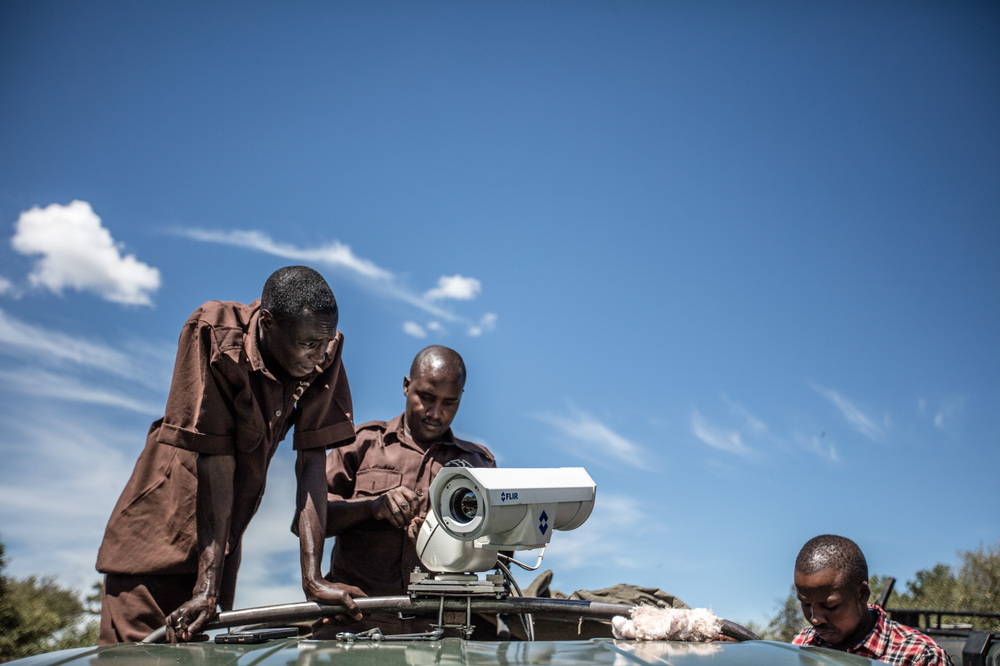 James Morgan/Courtesy of WWF US

Another camouflaged ranger rolls canvas over the windshield to block any light from revealing the jeep's position. Cheruiyot and his colleague David Aruara huddle in the front seat over a gray monitor.

Scores of white dots appear on the screen, each dot smaller than the shoe on a Barbie.

Even staring at these little dots, I can barely tell an elephant from a zebra. But Cheruiyot can distinguish a set of pixels that's a Thomson gazelle from another set that's a Grant's gazelle. He pans the camera right and left with a joystick. Then, suddenly, he stops and whispers in Swahili.

He touches a faint gray dot moving purposefully across the screen. It's the steady movement — more than the shape — that alerts him. Animals meander. People have missions.

He radios rangers in another jeep. But the gray dot is already moving quickly out of camera range.

Poachers in the Maasai Mara are usually hunting for game meat to sell, not elephants for ivory. They carry knives and not guns — which means they have to sneak up quietly on a skittish impala in the dark and stab it with a knife.

Brian Heath, the director of the Mara Conservancy, says his rangers have to be even stealthier to nab the poachers.

"The poachers are not encumbered with boots and jackets and guns," he says. "They can just drop everything and run." 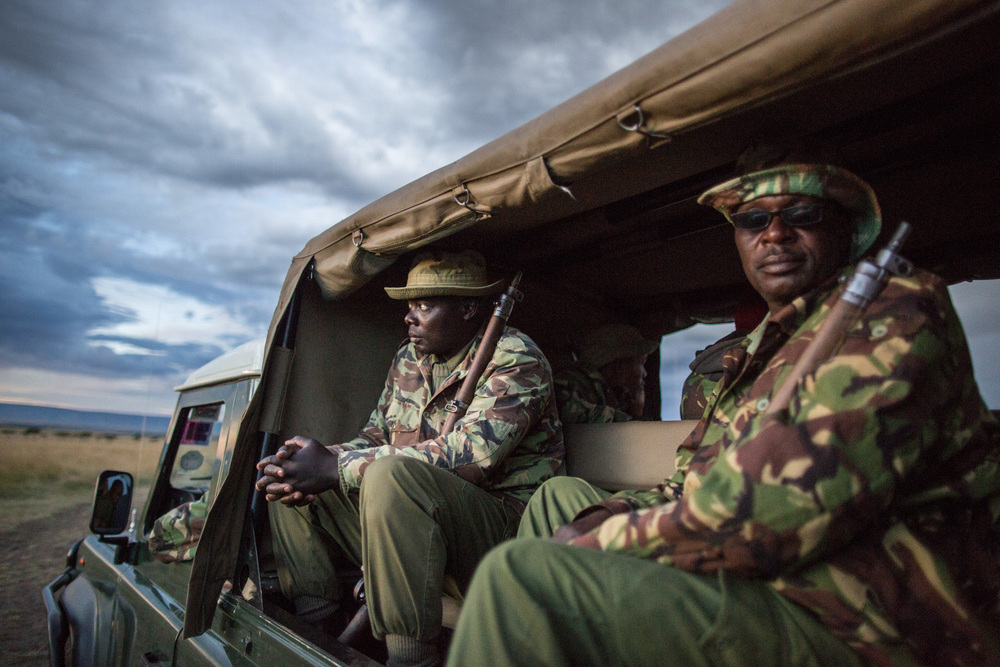 James Morgan /Courtesy of WWF US

The infrared thermal camera that Heath is testing has revolutionized the way rangers can see into the darkness. But after an hour of quiet stakeout, then two, then three and four, the 1-mile radius of enhanced vision starts to feel tiny in a 583-square-mile park.

There is a smaller park in Kenya that's also part of this beta test, where multiple cameras have been fixed on poles. A team at World Wildlife Fund even designed an algorithm to distinguish the animals from humans, like a poacher alarm system. It's all funded, like this enterprise, by a grant from Google.org.

In the fifth hour of the stakeout, the radio squawks to life. The dark savannah goes bright with headlights. But it turns out, it's the other team — the team without the fancy camera — that brings in two poachers.

The poachers killed three impalas and a Thomson gazelle. The carcasses are placed as evidence next to two handcuffed men in the cab of the truck. They're young guys. Both are 20 years old.

One of the alleged poachers, Nasa Jackson Mairi, is shivering. He's soaking wet. He tried to hide from the rangers in a hippo pool.

Ranger Patrick Gilai says his team tracked them on foot, in the dark, in the woods, for more than an hour.

"We keenly hear them. ... We go, then they go, slowly by slowly. Until we attack and arrest them," he says.

On this night, it wasn't the technology that triumphed — but a lifetime of skills and a lot of patience.