Seeing A Mother's Alzheimer's As A Time Of Healing And Magic

Seeing A Mother's Alzheimer's As A Time Of Healing And Magic

In 2008, Dana Walrath asked her mother Alice to move in with her. Alice's Alzheimer's disease had gotten worse, and even though she still had all her humor and graces, she could no longer take care of herself.

During the next two and-a-half years, Walrath and her mother connected through stories and memories, even though Alice didn't always recognize her daughter. Walrath, a medical anthropologist at the Vermont College of Medicine, in Burlington, Vt., looks back fondly on that time.

"As an anthropologist you're always encouraged to document everything you do, but it just felt right to live the experience," Walrath says.

In 2010, she began sketching Alice as a way to process her feelings about transferring her mother to an Alzheimer's care residence. She cut up a paperback copy of Alice in Wonderland, a book her mother loved, and used the fragmented words to craft collages of Alice.

Through curiously-sketched comic illustrations and vignettes, Walrath documents her experience with her mother's dementia in Aliceheimer's: Alzheimer's Through The Looking Glass, published in March by Penn State University Press. 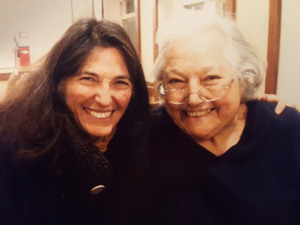 Sometimes funny, sometimes heart-breaking, each comic weaves in a different facet of their shared experience: hallucinations, repetition, memory, loss, magic, and sometimes even time travel. In one vignette, Alice is transported to 1954, where she believes her grandsons are Johnny Depp-like pirates and Dana's husband is a fellow captive.

Walrath spoke with Shots about making the book and her experiences taking care of her mother. The conversation has been edited for length and clarity.

You say your experience was a time of "healing and magic," which doesn't follow the typical narrative around Alzheimer's disease. Can you explain that?

We've got a medical system that is so focused on curing things that when a cure hasn't been discovered yet, it's really scary. Most people are pining for the cure and focusing on the loss. If we say, "This is reality, this is what it is," and we stop fighting it, then surprising things can happen. People with dementia keep their sophistication and their intentions — they've just lost their short-term memories. They're working hard to figure out how to communicate and stay connected. And for those of us who have our memories, if we can read those signs, we can have those amazing connections. It just came naturally to me as an anthropologist — being used to this notion that everyone is walking around with a framework in their head that comes from their culture that may be very different from mine.

If she was hallucinating, she'd wake up from a nap and say her mother was right there, and say, "Can't you see her?" I'd say, "That's so cool you can see her, you have special powers." It was a way of making her reality safe and then being able to explore from there.

I like thinking about it the way improv comedians do. They use a "yes and" principal. So whatever she was experiencing I would endorse and then build upon it so that there would be collective magic.

How would she respond?

She felt great that what she was experiencing was a special power. And then she had pride in that, she felt met, and then we could go on and process the next thing. The hallucinations about her parents made me think she needed to go and visit her parents' graves. Once we did that, she stopped having those hallucinations.

You say that it wasn't until you started cutting up the book Alice In Wonderland that this book started to come together. How did that happen?

Once I found the collage element, my subconscious was completely engaged and then all these other things started to come out.

Like those halos around Alice's head. I think, oh my gosh, that's a subconscious reference to her first language, her reversion to childhood, and the altered magical state that dementia is and was for me.

Has the process of making this book changed the way you think about Alzheimer's? 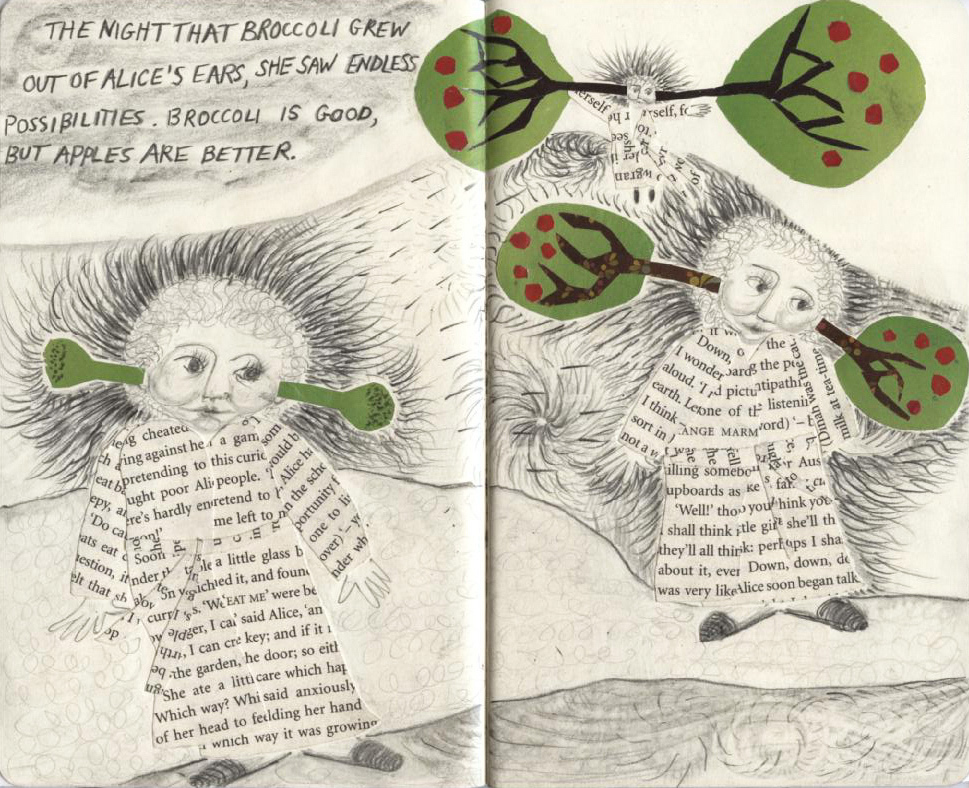 I believe that if we can look at people with dementia and cognitive differences as just another way of being human, it's better. We can learn so much from people in altered states. When my mother was living with us, I got in the habit of buying cut flowers because she would just marvel at them. At dinner she'd say nearly 20, 30 times, "Those flowers are gorgeous!" and it's something a lot of us forget to do. It's probably good for all of us to stop and notice what's there and good and what we can be grateful for. I look at it as a different window into being human.