PHOTOS: Your Bedroom Says A Lot About You

PHOTOS: Your Bedroom Says A Lot About You

Your posters. The color of your walls. The size of your bed. Where you sleep says a lot about who you are.

Six years ago, Thackwray started photographing his friends in their Parisian bedrooms to capture their style, interests and hobbies. He slowly expanded the project to include the rooms of young people from Nepal to Romania to Mexico. He wanted to document the diverse lifestyles of the millennial generation — people born in the '80s and '90s — and show how they express themselves.

With support from groups like UNICEF and Gautier, a French furniture company, he was able to travel to 55 countries over the past few years, where he captured the portraits of 1,200 individuals ages 18 to 30. Thackwray, who was born in South Africa, has visited a Buddhist temple in Nepal, a jail in Mexico and the cold reaches of Russia's Siberia. He's profiled artists, students, engineers, shepherds and filmmakers.

Although the subjects come from very different places, the photos are all taken from the same perspective: the millennial sits in the center of the room and lock eyes with Thackwray's camera high above.

Convincing people to let him into their bedrooms for a photo shoot was 95 percent of the work, says Thackwray. He found young people to photograph through local organizations and social media. Sometimes he went into the street and asked strangers.

Thackwray hopes his project will help viewers become more conscious of the world. "I'm not here to judge. I'm just here to document and understand," he says.

Next year will be busy for Thackwray. His photos will exhibit in art galleries in France, Spain and Russia. And his book, My Room: A Portrait of a Generation, featuring 100 portraits from his travels, comes out in February 2017. 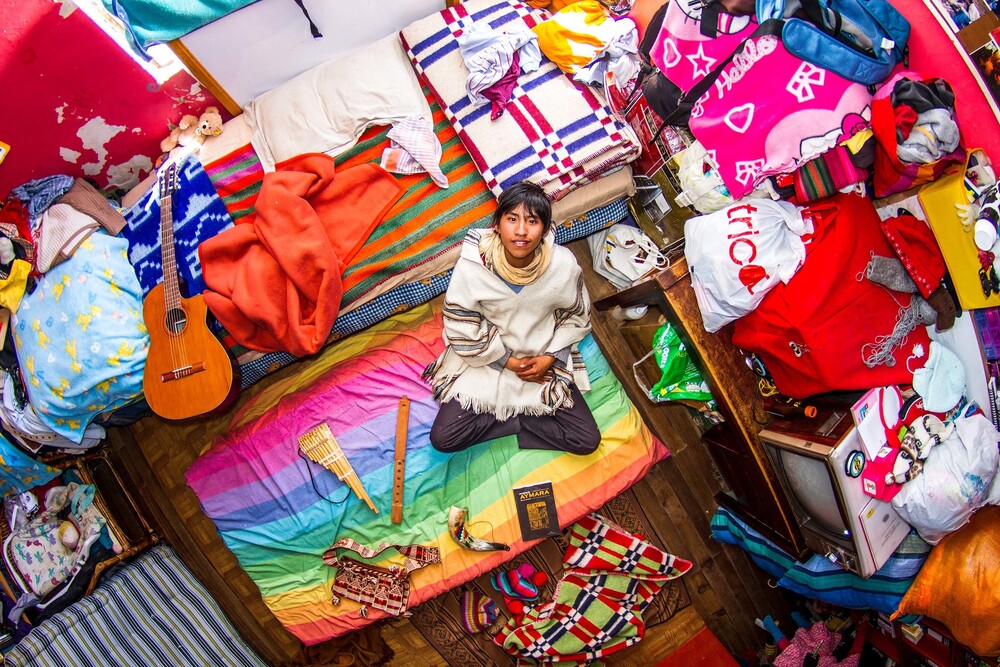 Marcello, 18, is a high school student from La Paz, Bolivia. 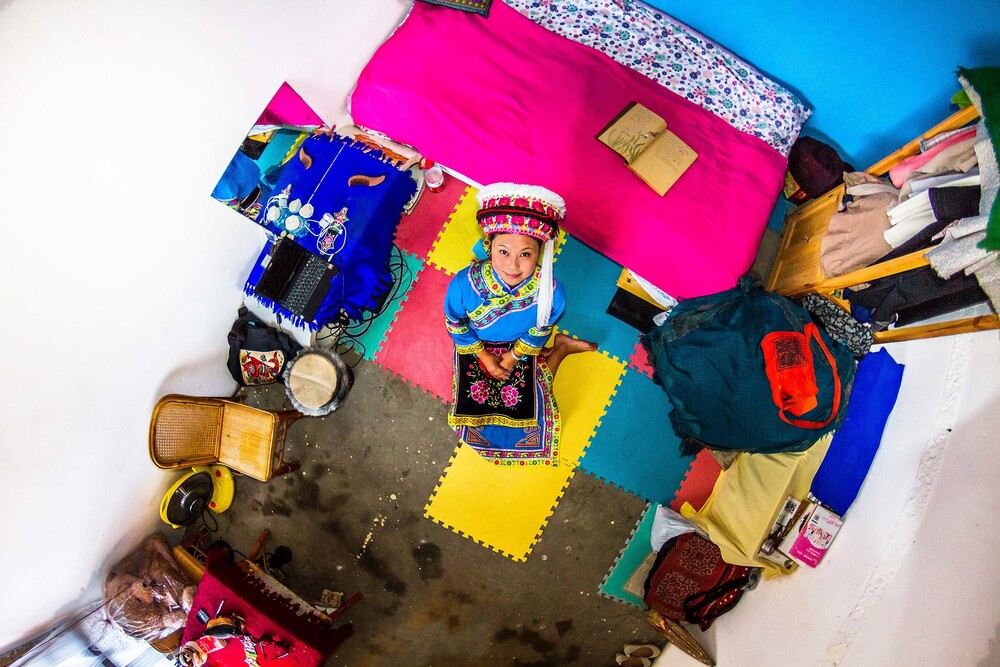 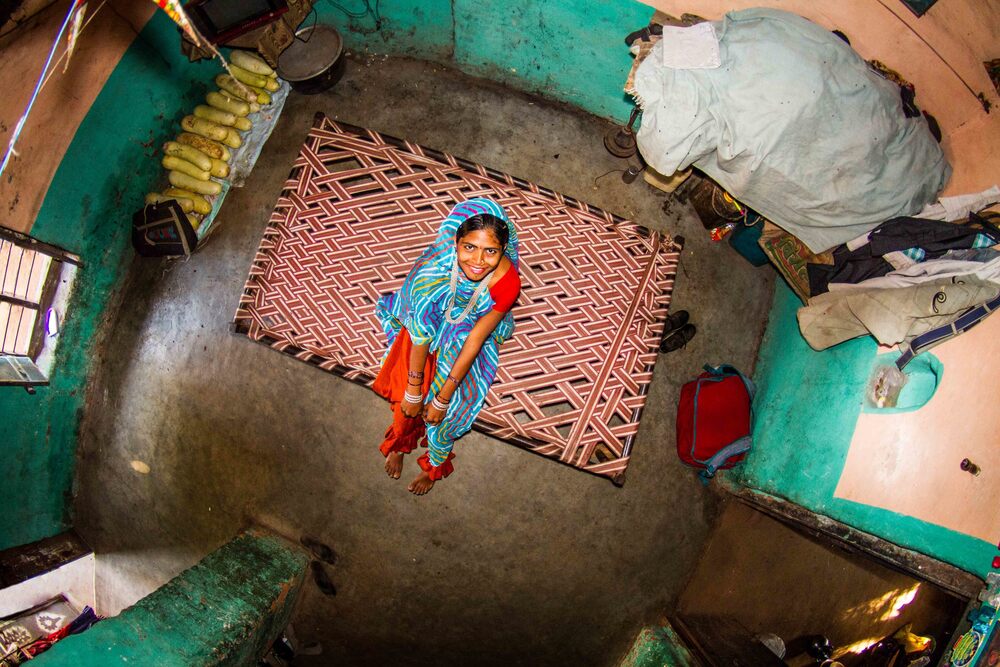 Asha, 17, is a housewife in Bamansemilya, India. 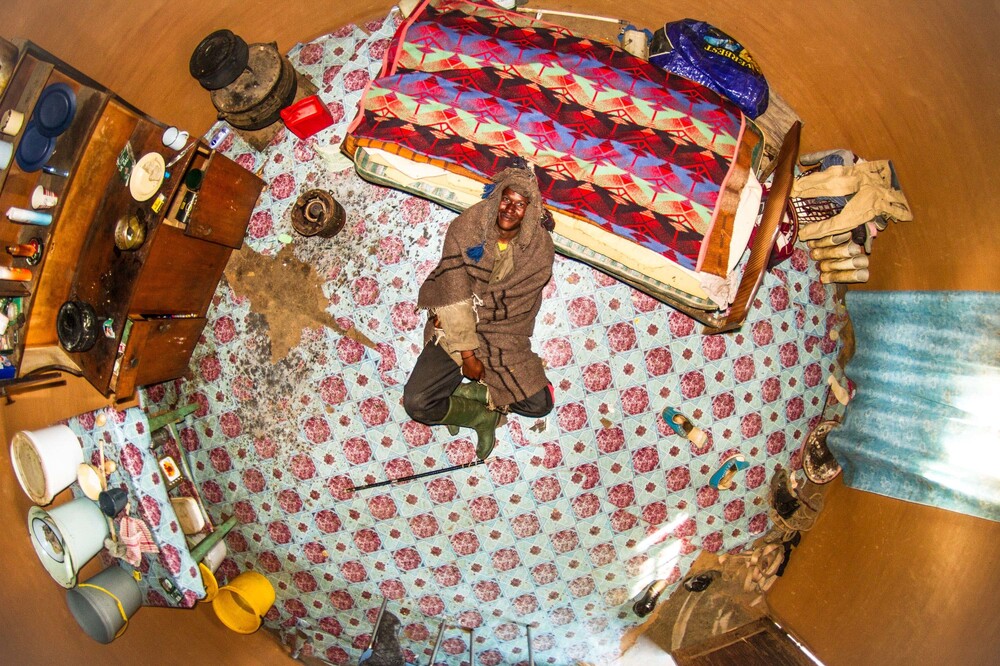 Osia, 18, is a shepherd from Ha Selomo, Lesotho. 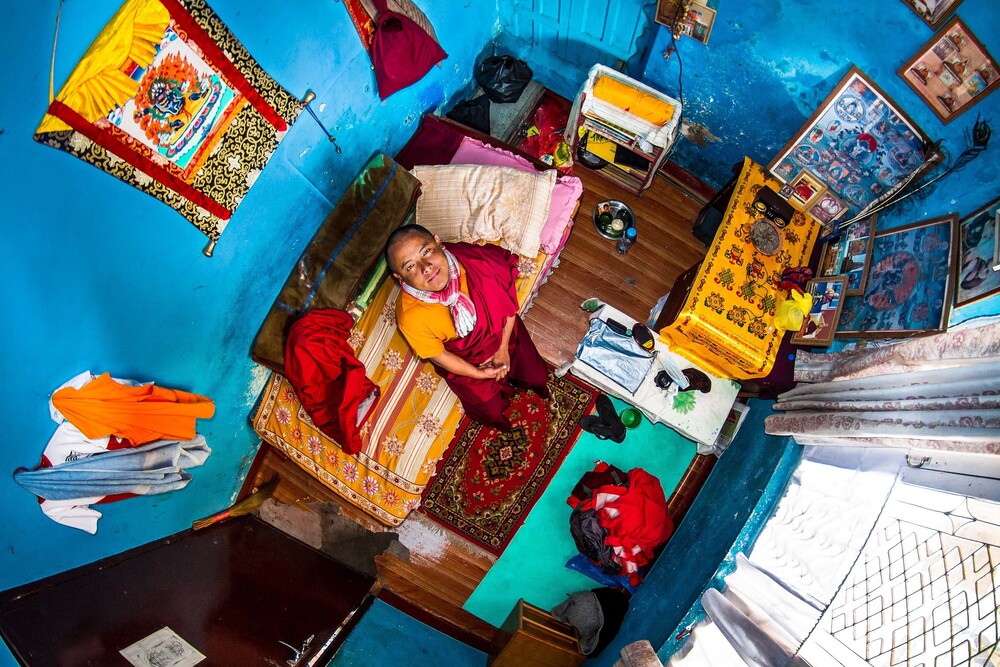 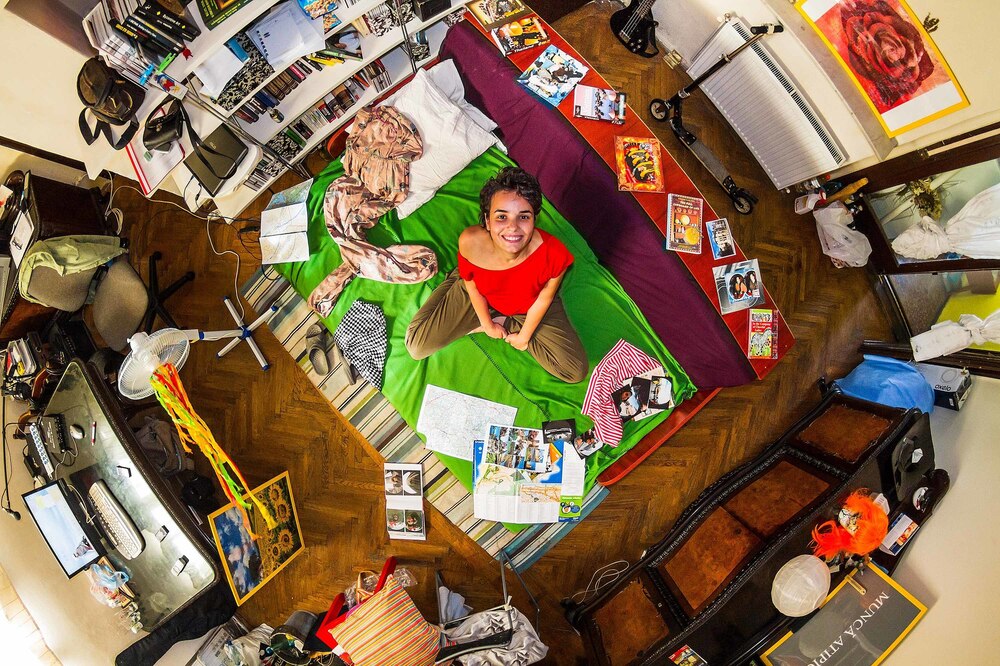 Andreea, 24, is a civil engineer in Bucharest, Romania. 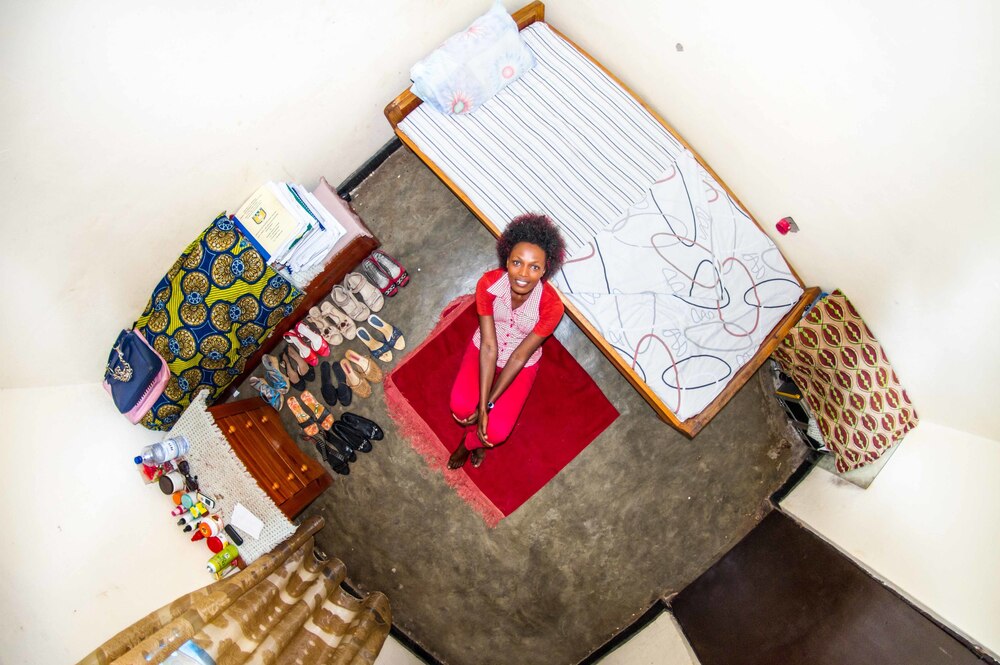 Josee, 22, is a student from Kigali, Rwanda.