As North Korea Acts Out, A Search For Kim Jong Un's Motives

North Korea watchers haven't been getting much sleep this year.

The Kim Jong Un regime started the year with a literal bang — a nuclear test on Jan. 7, marking its fourth such test in the past decade. That was followed by a rocket launch in February, and claims that it had a miniaturized nuclear warhead.

On the heels of those already provocative acts, the country launched a flurry of short-range missiles from its northeastern coast on Monday, according to South Korea. And last Friday, North Korea fired off its first midrange ballistic missile since 2014, which traveled about 500 miles before landing in the Sea of Japan.

"This particular launch was sort of like ho-hum after everything they've already done this year," says Melissa Hanham, a researcher at the James Martin Center for Nonproliferation Studies in Monterey, Calif. "Those of us who work on North Korea, we're all getting a little exhausted because there's so much, every day."

Outside the swirl of military activity, the regime detained Otto Warmbier, a 21-year-old American college student, saying he was attempting to steal a propaganda poster. He's been sentenced to 15 years in prison and hard labor.

And new bombastic threats against the U.S. and its allies roll out each day. North Korea pledged to nuke the White House until "not even ashes are left" and a "deadly baptism of fire so that [South Korea] may not exist any longer."

With all the bluster of late, what does Kim Jong Un want? 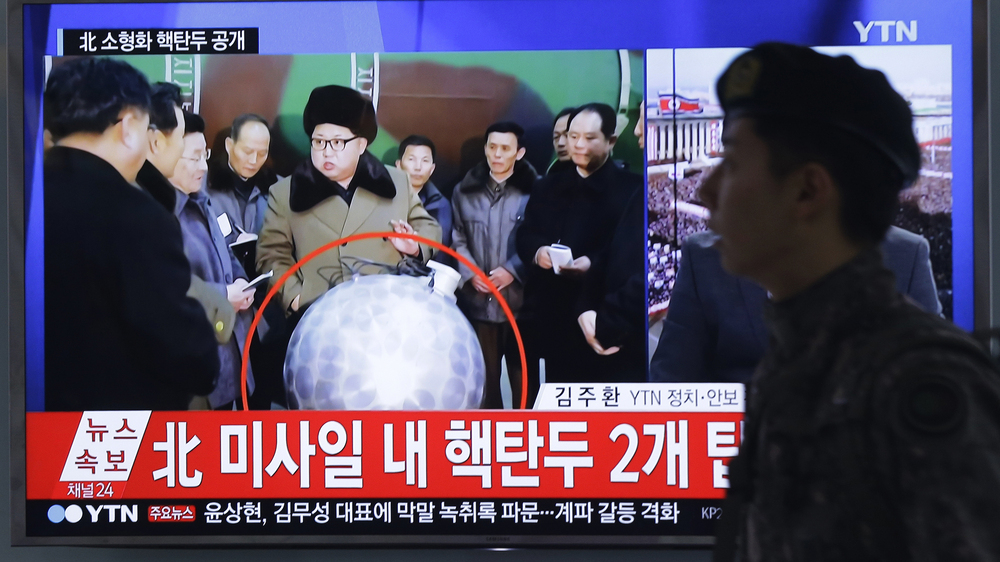 "There are a lot of debates about 'What North Korea wants,' " says Sheena Greitens, a fellow in the Center for East Asia Policy Studies and an assistant professor at the University of Missouri. "First, what matters are the interests of the very top leadership, which is narrower than 'North Korea' or even 'the North Korean government.' Second, North Korea might use a range of strategies ... but we should remember that they're all aimed at the same underlying, fundamental objective: ensuring Kim's political survival."

March is always a time of heightened tensions. This is when the U.S. and South Korea stage their annual joint military exercises, involving hundreds of thousands of troops.

This year, the North has been especially demonstrative as it lays the groundwork for a major strategy meeting, its first Workers Party Congress since 1980.

"Some of this is just the kind of run-up to this big political event," says Stephan Haggard, a professor of international relations at the University of California, San Diego.

The Chinese Communist Party holds these summits every few years to chart strategy, a common practice of communist states. In North Korea, the party congress framework was dropped under Kim's father, Kim Jong Il, who ruled from 1994 until his death in 2011. Soon to be revived under his son, the congress is expected to roll out the next phase of Kim's rule.

"The stakes are always higher in the first few years of a dictator's time in power, and the first few years are almost always more [internally] violent," Greitens says. "The rules of the game under the new leader are still being established — both inside the country and externally — so it makes uncertainty higher."

As the third-generation leader of the family dynasty, Kim needs to establish his own legitimacy, and that means standing up to enemies and advancing the nuclear program.

"I don't think it's all scientific tests," Hanham says. "I think a lot of this is political." 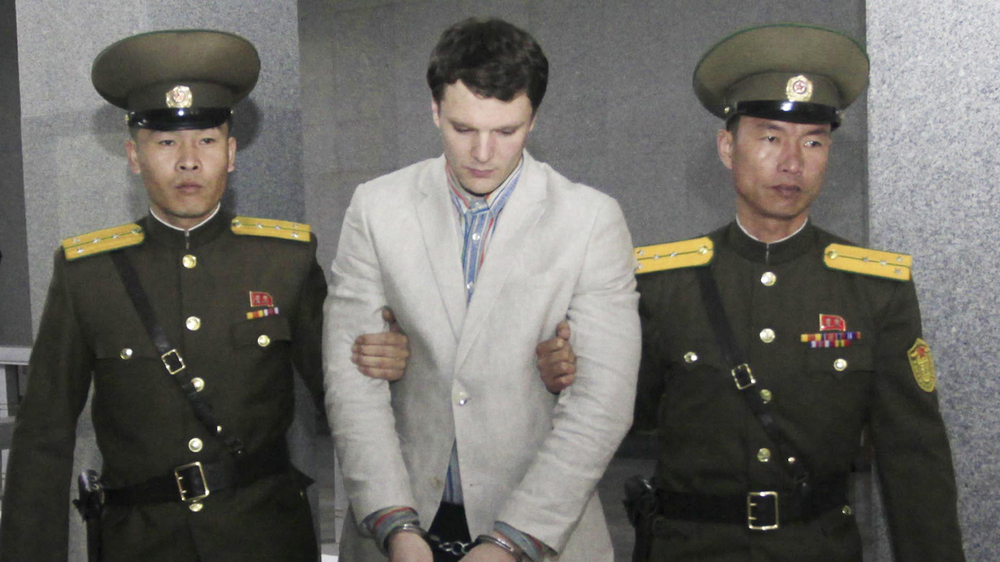 American student Otto Warmbier is escorted at the Supreme Court in Pyongyang, North Korea, on March 16. He was sentenced to 15 years of hard labor for subversion after he allegedly stole a propaganda poster.

Back in 2013, Kim publicly outlined his policy of byungjin — which roughly translates to "simultaneous" — as in developing nuclear capabilities and the economy at the same time. But this creates a contradiction for a poor country of 25 million with a small economy: Developing nuclear weaponry undermines economic development.

North Korea needs foreign investment and knows it. Its Rason special economic zone is a hub of Chinese investment and is dotted with hotels, casinos and restaurants catering to Chinese businessmen. It hosts potential foreign investors for tours of its plants, sends some of its workers for entrepreneurship training abroad and has, in recent years, inked deals with companies like Orascom, from Egypt, to build its WiFi infrastructure.

But its nuclear test and missile launches have brought a new round of United Nations sanctions and reinforced its status as a pariah state. Who's going to do deals with the North now? China, which has protected North Korea in the past, supported the sanctions.

"It might have looked plausible to [Kim] that he could have it both ways, as he watched the China-North Korea relationship deepen at the end of his father's era," Haggard says. "Investments were taking place in minerals, you're getting coal, iron ore. Even as trade was falling off with the rest of the world, he still had Kaesong and he still had the Chinese. But that's why this sanctions move is different."

Kaesong, in southern North Korea, is the joint North-South industrial complex that employed 54,000 North Koreans. But South Korea shut it down after the North's nuclear test. That represented some of North Korea's hard currency earning power, but only a fraction — it's far more dependent on China as an economic lifeline.

"If the Chinese come through [on the sanctions], even in part, then the game is kind of changed," Haggard says. "It all depends on whether the Chinese choose to continue to protect them, and my interpretation is they're fed up."

While survival may be the top priority, the North Korean leadership seems concerned at some level with the outside world. When North Korea's state media posted images of Kim with what was described as a warhead, the dismissals immediately followed: He couldn't possibly have that kind of technology yet, and the orb was so shiny and round that snarky social media observers dubbed it "the disco ball."

"The North Korean side knows it suffers from a very serious credibility deficit in its public engagements with the world, and is changing to meet the information management challenges of the current era," says Christopher Green, a regional researcher at Leiden University in the Netherlands.

Case in point: The American detainee, Otto Warmbier, got a "trial" and the North allowed the world to see some evidence. There are other North Korean nods to reality that may show it's trying to combat a credibility gap. The country has acknowledged that a 2012 missile launch failed. A notorious gulag, Camp22, was reportedly closed. International news agencies have been allowed to set up in Pyongyang.

But the desire to be taken seriously presents another contradiction: To get some respect, it is carrying out nuclear and missile tests, which just create more distrust and additional sanctions.

"There's a pressure to prove their capabilities because we're always doubting them," Hanham says.

Kim will have May's party congress to reveal his plans. In advance of that event, South Korea is bracing for additional surprises, and perhaps even an additional nuclear test, says South Korean Unification Ministry spokesman Jeong Joon-Hee.

"The government is preparing for all possibilities," he says.