Latinos At Home And Abroad Mourn After Orlando Shooting

Latinos At Home And Abroad Mourn After Orlando Shooting

Around a candle-lit altar honoring one of the victims of the mass shooting in Orlando, Anthony Laureano and his friends hold hands, mourn in two languages, and say a prayer:

"Estamos aqui ... We're here together ... Porque no somos diferentes ... Because we're not different." 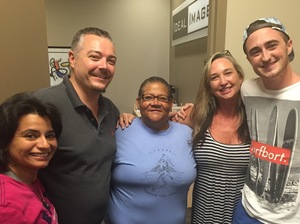 Realtor Christian West Howard, right, offered up his vacant properties to house the families of victims traveling to Orlando for funerals. His Facebook post garnered a huge response, and by Monday night, he and a group of volunteers were linking families with rooms, rental cars, and travel donated by companies and regular people.

Nearby, Francheska Garcia holds a collage of photos of her friend Jonathan Camuy. "What I'm going to remember is his smile," Garcia says. "He was Puerto Rican. Because usually our parents live over there and we're the rebel ones who move here, to make it on our own."

Most of those killed in Sunday's rampage were Latinos — specifically Puerto Ricans.

Camuy moved to Florida two years ago to escape Puerto Rico's economic crisis, something many Puerto Ricans are doing by the thousands before resettling in Central Florida. Not only is this reinforcing bonds between Orlando and the island, but it also means Sunday's shooting shattered lives in both places.

Despite many Puerto Ricans arriving who speak little English, the Puerto Rican community is pretty united.

On Sunday around 3 a.m., Mercado's phone started going off with messages in both languages. Two of his best friends, Juan Rivera and his partner Luis Condo, were at the Pulse nightclub that night, but there was no news of them. 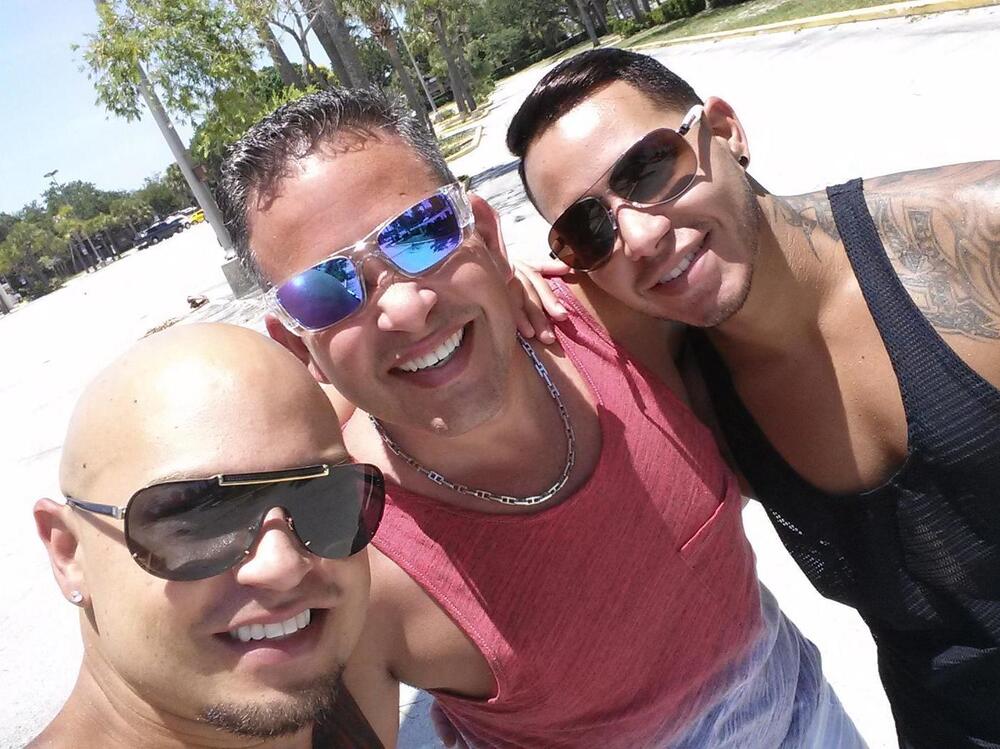 Luis Mercado with his friends Luis Conde, left, and Juan Rivera, right. Mercado spent hours after the shootings searching for his friends in hospitals, only to find out both had been killed in the shooting.

Over the next 18 hours, Mercado and his friends' families went from hospital to hospital, hoping to hear Juan and Luis' names read from the lists of the injured.

Your heart is pounding as they read one name after the other, but not theirs. And then they get to the end, and you start to cry. You cry because you realize they must be on the other list.

The list of the dead. Juan and Luis did die. They were among the best known hair stylists in Puerto Rican Orlando. Flowers pile up outside their salon. 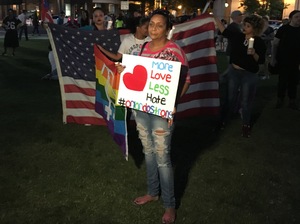 Marangely Valdes said ten of her friends were killed in Sunday's shooting at the Pulse nightclub.

For all the unity, the issue of many of the victims' sexuality is also causing a little tension. One woman called into one of Orlando's most popular Spanish-language radio stations to say her friend refused to mourn gay victims.

Right now, though, people are focusing on the victims' families. At a local strip mall, volunteers coordinate travel and lodging for those coming to Orlando for funerals.

Suzanne Gonzalez, one of the volunteers, says offers are coming in from airlines, hotels, and regular people. They've even gotten an offer for donated tombstones, and a lawyer who secured an emergency visa for a Dominican mother to come to to her son's funeral.