A militant has been found guilty of a war crime for intentionally destroying cultural sites — a first for the International Criminal Court in The Hague.

Ahmed al-Faqi al-Mahdi has been sentenced to nine years in prison for his role in the destruction of nine mausoleums and the door of a mosque in the Malian city of Timbuktu in 2012. The sites were destroyed by "individuals, some armed with weapons, with a variety of tools, including pickaxes and iron bars," according to court documents.

"Al-Qaida-linked rebels occupied the fabled Saharan city of Timbuktu in 2012 and enforced a strict interpretation of Islamic law that included destruction of the historic mud-brick tombs they considered idolatrous. Al Mahdi was leader of one of the 'morality brigades' set up by Timbuktu's new rulers. ...

"Clad in a gray suit and striped purple tie, the defendant said nothing after the verdict and sentencing. Earlier in the trial, Al Mahdi urged Muslims around the world not to commit acts similar to those he had admitted.

" 'They are not going to lead to any good for humanity,' he said."

Mahdi had faced up to 30 years in prison; his admission of guilt factored into the judge's choice of a shorter sentence, the AP reports. 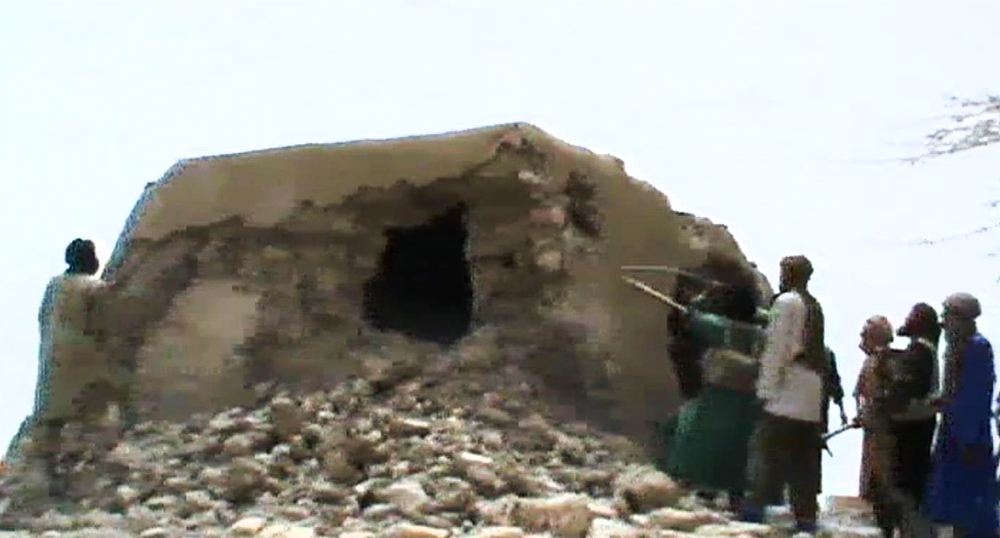 A still from a video shows Islamist militants destroying an ancient shrine in Timbuktu on July 1, 2012. At the time, the International Criminal Court warned that their campaign of destruction was a war crime. The hardline Islamists considered the shrines to be idolatrous.

As the Two-Way reported earlier this year, the ICC normally handles allegations of massacres and other human rights abuses. Mahdi's case instead centered on the intentional destruction of significant buildings in the ancient city of Timbuktu in Mali:

"One of the city's most notable and largest landmarks, the Djingareyber Mosque, escaped destruction. But another of its famous mosques was destroyed, as were shrines that had stood since Timbuktu's golden era during the Mali empire, when the city was a thriving commercial hub and a center of Islamic scholarship. ...

"In January of 2013, French and Malian troops defeated the Islamist fighters and were welcomed into Timbuktu by cheering crowds. But even as that liberation was taking place, the fleeing Islamists set fire to a library that held manuscripts dating back to the 1200s, written in languages from Hebrew to Arabic.

"The violent occupation also brought a severe drop in tourism, which had been the third-largest revenue generator in Mali's economy."

More than a dozen destroyed mausoleums were later rebuilt by local stonemasons using traditional techniques, with the help of the U.N.'s cultural agency UNESCO, the BBC reports. But not all the destroyed artifacts could be restored; the fundamentalists also burnt tens of thousands of manuscripts. 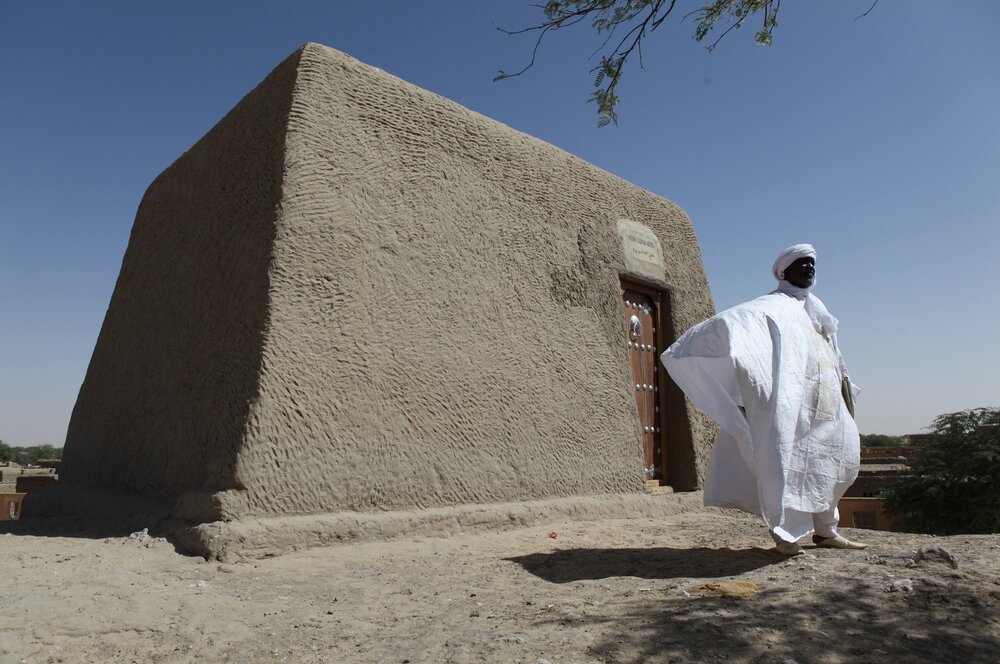 Sane Chirfi, representing the family that looks after the mausoleum of Alpha Moya, poses in front of the mausoleum on Feb. 4 in Timbuktu. Historic mausoleums, destroyed during an Islamist takeover of northern Mali in 2012, were rebuilt thanks to the U.N. cultural agency UNESCO.

UNESCO said in a statement Tuesday that Mahdi's conviction is a "major step" toward reconciliation in Mali.

"Deliberate attacks on culture have become weapons of war in a global strategy of cultural cleansing seeking to destroy people as well as the monuments bearing their identities, institutions of knowledge and free thought," UNESCO said.

'We Always Knew What It Stood For': Small Texas Town Torn Over Its Confederate Statue

New 'Quar-Horror' Films Show Staying At Home Is Scary Too

Leon Fleisher, The Pianist Who Reinvented Himself, Dies At 92