In Divided Belgium, Some Find That Trauma Unites Them

In Divided Belgium, Some Find That Trauma Unites Them

Turn on the radio in Belgium and you get news of the terrorist attacks in French and in Dutch. Belgium is divided into Dutch-speaking Flanders and French-speaking Wallonia. There's a German-speaking area, too.

To make things more complicated, Brussels, the capital, is subdivided into 19 municipalities, each with its own government. And there are six local police forces.

It all adds up to a decentralized system, a dismantled federal state. And in light of last week's attacks, some have even gone so far as to suggest Belgium is a failed state.

As van Istandael puts it, "there's something rotten in the state of Belgium."

For starters, the lack of communication between the various secret services. A shrunken federal police force and impoverished justice system, casualties of decentralization. 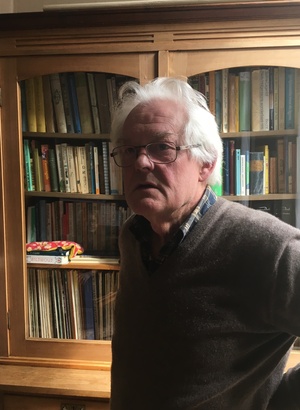 Belgian writer Geert van Istendael is often critical of his homeland and says the failure to prevent the Brussels bombings exposed the country's weaknesses. But Belgians have responded with an uncommon sense of unity, he says.

"This, of course, is now causing problems to cope with, completely new challenges and problems and new dangers. The danger is there. We knew it," he says.

As for whom to blame, along with the federal failures, van Istandael includes local politicians around Brussels who ignored the rising tide of radicalism in their midst.

"They looked away. They didn't want to face problems," he says of the politicians. "They looked away and some people said, 'Yes, there is a societal problem, of integration and now there's a radicalization going on.' They said, 'You're a racist.'"

That's all hindsight. For now, van Istandael is struck by something he didn't expect:

"These attacks unified Belgians. It's very surprising to me. We are the country of division. That's our reputation in the world. But somehow – these guys who attacked us and killed foreigners and Belgians — these guys will not disunite us."

For the past week, in the heart of Brussels, people have left bouquets, cards and stuffed animals at a makeshift memorial in front of the city's stock exchange.

Christophe de Valensart, who is helping his daughter Thais, 7, light a votive candle, says he brought her here to show that people are capable of love. United against barbarism, as he puts it.

People have draped the stock exchange with dozens of flags from all over the world.

De Valensart picks his daughter up in his arms and reminds her of the first question she asked when she saw the memorial: why are there so many flags?