A Mediterranean-bound convoy of Russian warships will not be stopping for fuel at a Spanish port, Russia said Wednesday, after Spain's NATO allies objected to the refueling plan.

NATO members are worried the ships are intended to support increased Russian airstrikes in Syria. The convoy includes Russia's only aircraft carrier.

Some ships in the convoy had been planning to stop for fuel in Ceuta, a Spanish enclave in North Africa directly across from Gibraltar. It's normal practice for Spain to allow Russian warships to stop at its ports, The Associated Press reports.

"The government of Spain admits it gave permission last month for Russia to refuel three warships" at Ceuta, Teri Schultz reports for NPR.

"That was before the convoy caused huge international concern about its end goals," she notes.

After reports that the ships were Syria-bound, NATO allies put pressure on Spain to halt the refueling. Spain asked Russia to explain what the warships planned to do in the Mediterranean, the AP reports — and then Russia announced it was withdrawing the request to refuel. 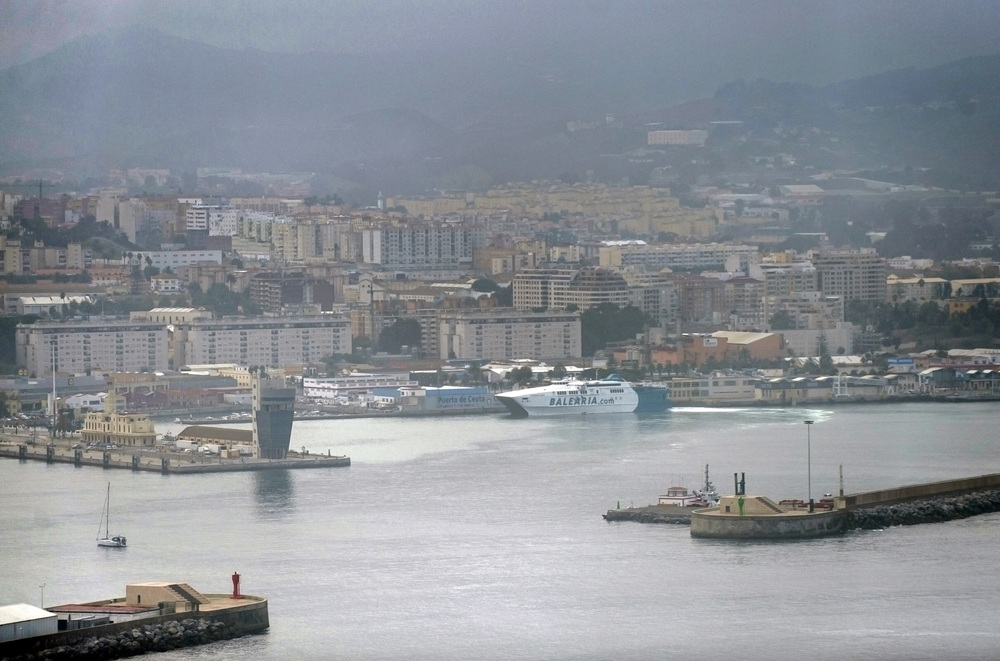 The Spanish sea-port of Ceuta on the northern coast of Africa, shown in a general view on Wednesday, was going to allow several Russian warships to refuel there. But after reports that the convoy was bound for the Syria conflict, Spain asked for details on the mission and Russia withdrew the request.

The AP has more on the convoy that has caused this tension:

"The Russian aircraft carrier Admiral Kuznetsov and escorting vessels have steamed through the North Sea and English Channel in recent days heading to the Eastern Mediterranean. NATO allies, including Britain, had been following the small flotilla. Some of the Russian ships had been due to take on supplies and fuel in Spain's North African enclave of Ceuta.

"Russian Defense Ministry spokesman Maj. Gen. Igor Konashenkov said that while there had been no plans for the carrier itself to refuel at Ceuta, some of the escort ships could have called at the port after coordinating with Spain."

Konashenkov said the ships have enough supplies of their own that omitting the refueling stop won't halt the group's mission, the AP reports.

The Admiral Kuznetsov is traveling in an eight-ship battle group that's "expected to join around 10 other Russian vessels already off the Syrian coast," Reuters reports, citing unnamed diplomats.

NATO defense ministers met in Brussels on Wednesday, and Schultz reports that Russia's withdrawal of the fueling request helped ease pressures at the meeting.

Schultz says some NATO leaders had been more circumspect than others in criticizing the proposed refueling:

"NATO Secretary General Jens Stoltenberg said the refueling was Spain's decision, but [said], 'We are concerned about the possibility that the Kuznetsov carrier group can be used as a platform for more attacks against Aleppo and Syria, and thereby exacerbating the humanitarian catastrophe.' "

"British Defense Secretary Michael Fallon was more direct, telling Spain his government would be extremely concerned if another ally did anything to help Moscow in Syria. On the contrary, Fallon said, NATO should be standing together."

Two ships equipped with long-range missiles were traveling through the Baltic Sea toward the Russian enclave Kaliningrad, located between Poland and Lithuania, according to multiple news reports.

The ships were formerly located in the Black Sea, the AP says. The addition of the warships to Russia's Baltic fleet was meant to counter NATO's military build-up in the region, Reuters says, citing Russian media sources.