A new report on North Carolina’s climate predicts a warmer, wetter, and more humid environment. One of the big takeaways is that 2019 was the hottest year on record for the state.

The study says that climate change will impact the state’s economy, environment, and people. Models show that over the next 80 years, we can expect disruptive sea level rise, more extreme weather events, and escalating temperatures, particularly overnight.

This year’s North Carolina Climate Science Report is the first to not only look at the state as a whole, but to examine the Coastal, Piedmont, and Western Mountains regions individually.

Dr. Baker Perry is a professor at Appalachian State University and a co-author of the report.

“So in the western part of the state, there’s a lot of variability from year to year in snowfall, and just the winter climate,” Perry says. “But in the southern portions of the mountains, and in the Southern Foothills, there is a noticeable downward trend in snowfall.”

Less snow in the western part of the state might impact winter tourism, but on the plus side, Perry says to expect a decreased demand in energy usage for heating. 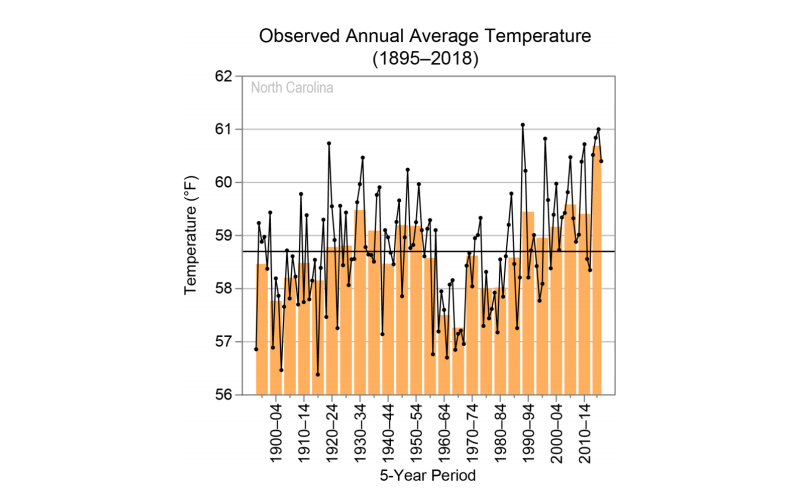 Among The 1st To Get A Polio Vaccine, Peter Salk Says Don't Rush A COVID-19 Shot

European Union Leaders Urge U.S. To Remain In WHO

NASA And SpaceX Launch First Astronauts To Orbit From U.S. Since 2011