When These Latinos Tell Immigration Stories, They Push Beyond Fairy Tales

When These Latinos Tell Immigration Stories, They Push Beyond Fairy Tales

It's easy to believe in a definitive American immigration story. So much of this country's mythos is built on that idea. ("Give me your tired, your poor, your huddled masses yearning to breathe free ...") It foretells a fairy tale ending where parents have worked hard, sacrificed much, and settled their children into the new country. The family has assimilated, and the life that came before is a distant memory.

But it's more complicated than that. The telling of immigration stories exposes a rich array of experiences: loss, longing, duality, triumph and contradiction.

When Latino colleagues from across NPR shared their families' immigration stories for Hispanic Heritage Month, their essays were full of things achieved and things surrendered; cultures celebrated and cultures lost; decisions made by choice and by coercion. Camille Salas, a librarian, wrote about her grandfather's decision to join the Navy in exchange for U.S. citizenship. Cecily Meza-Martinez, of News Operations, wrote about her family's hardships and achievements, which included a role in building Disneyland. Producer Ana Lucia Murillo wrote about how her father crossed the border from Mexico to the U.S. in the bottom of a van marked "Laundromat." 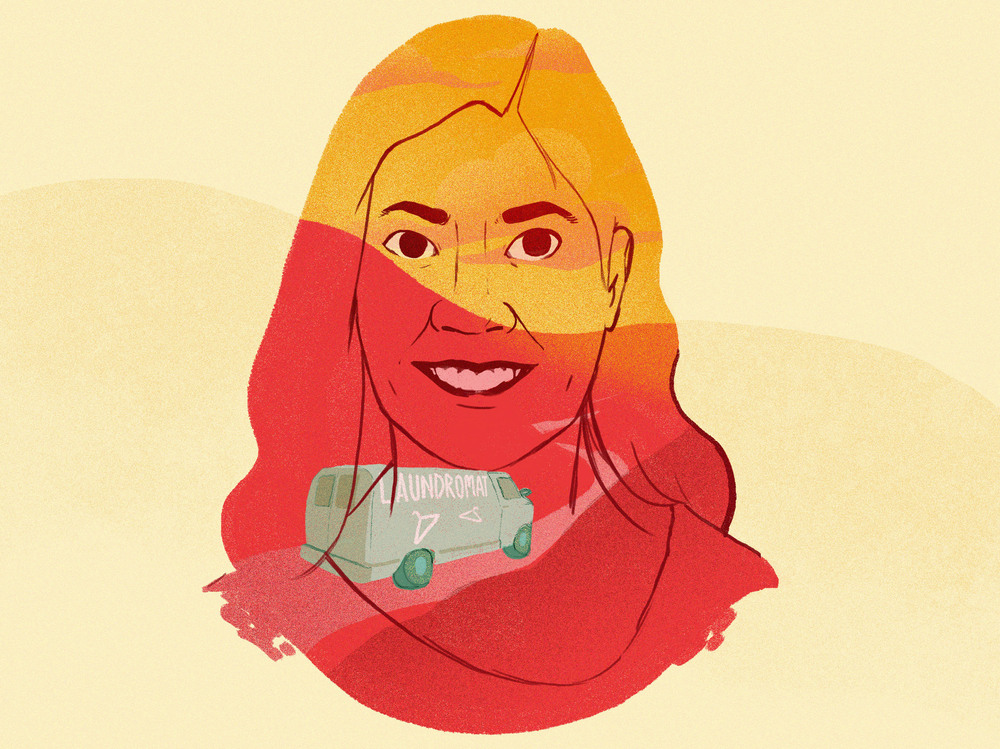 Ana Lucia Murillo's grandfather spent a few years in Chicago in the 1970s to earn money. When Murillo's father was 17, curiosity got to him and he made the trip to Chicago, too. He took a number of buses to the border, and then coyotes helped him hide in the bottom of a van marked "Laundromat" as he was driven across.

Every family came to U.S. with an idea in mind of what its experience might be. But what shines through in these stories is the stark difference between expectation and reality.

We'll share some of their immigration stories here with you. Then, if you have one, we'll ask you to tell us yours.

Intern Monica Itxy Quintanilla's story captures some of the longing and some of the triumph:

"I was raised on stories of mango trees, waterfalls and machetes. My dad, who grew up in a small village in Honduras, glamorized his immigration to the U.S. by decorating his tales with magical realism. For the majority of my childhood, I wholeheartedly believed that mi papi flew into Los Angeles hanging onto the wing of an airplane. ...

"My mother's stories were characterized by a similar sense of adventure and freedom. Born and raised in Guadalajara, Mexico, my mom's urban upbringing made for tales filled with street outings, botanas mexicanas and celebrations. She'd decorate her childhood stories with sparkling eyes and adjectives like 'friendly,' 'exciting' and 'communal' — all antonyms to the words she'd use to describe the United States. With my parents' overt admiration for their homeland, I inevitably begged the question, 'Then why did you leave?' " 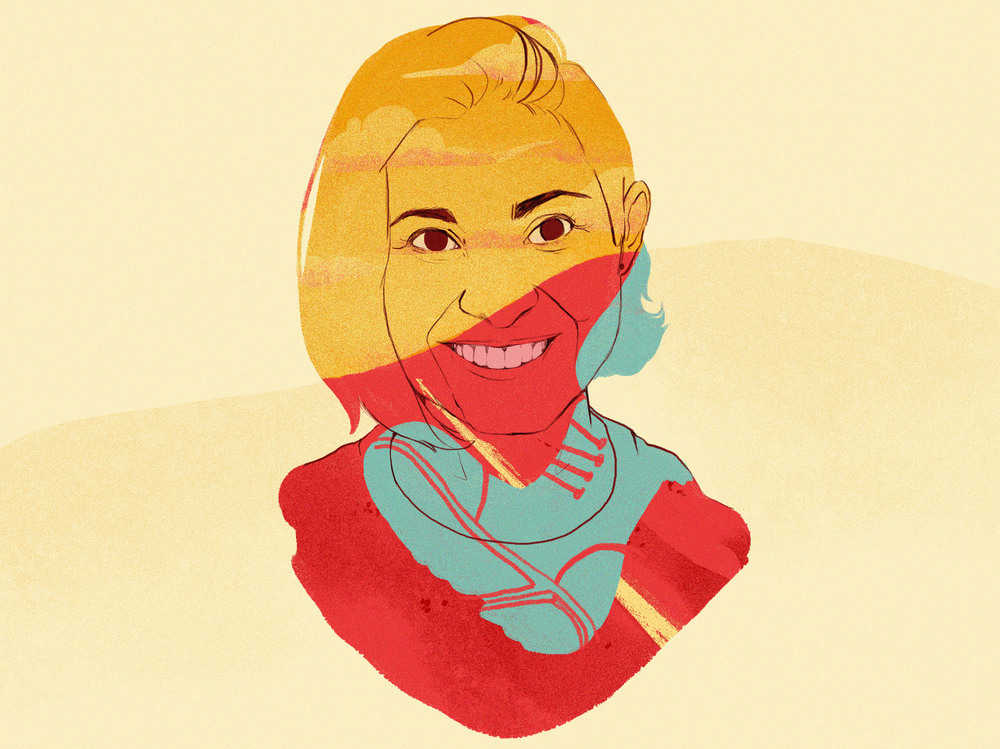 Camille Salas is a third-generation Chicana/Tejana/Latina. Her maternal grandfather became a U.S. citizen after joining the Navy during World War II. He and other sailors of Mexican descent were asked to cross a line in the sand if they wanted to become American citizens, and so they did.

Nicole Cohen, a producer on the Arts Desk, illustrates her family's competing desires in her story. When Cohen's parents moved to the U.S. from Argentina in 1982, "They never planned to stay," she wrote, and it "wasn't until I was in middle school that my dad stopped talking about moving back."

Cohen didn't see it that way. She was born in the U.S., was "stubbornly against" the idea of moving to Argentina, and sometimes refused to speak Spanish at home. But after years of annual visits to Argentina, her perspective shifted. Now, Cohen speaks Spanish with a strong Argentine accent and says that "the sounds, tastes and smells of Argentina conjure home almost as much as the U.S."

Even when it was difficult, many families worked hard to hold on to some remembrance of home. Rekha Patricio, who leads the marketing and branding team, grew up in Venezuela, but her parents, who are from India, gave her a Hindu name to remind her of her heritage. 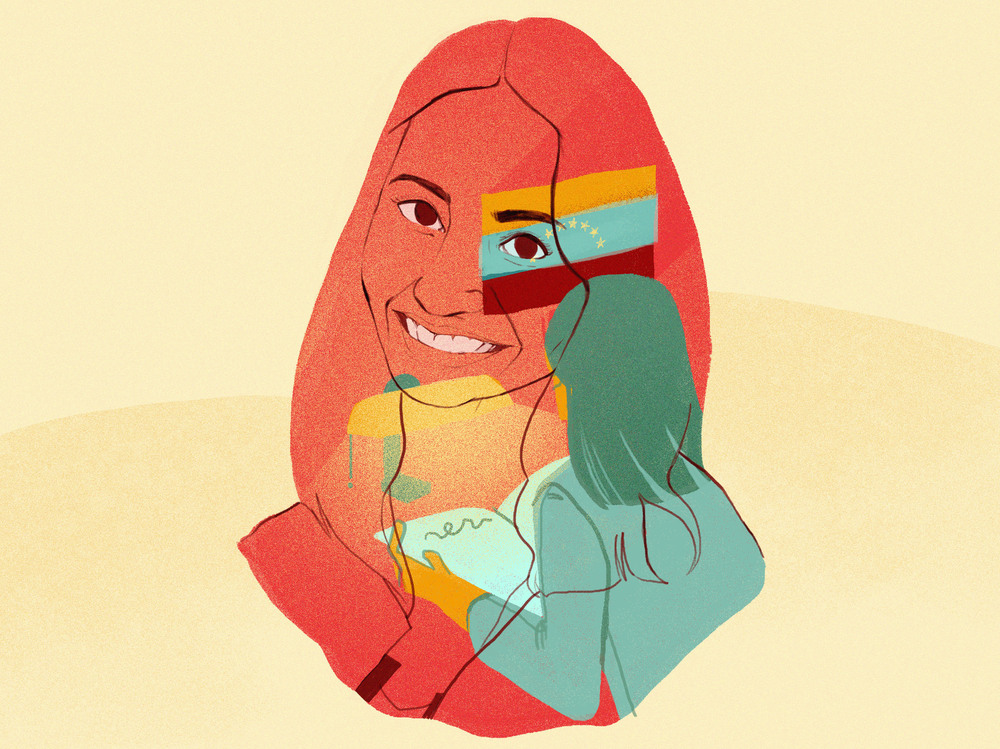 Rekha Patricio and her two siblings were born in Venezuela to parents who immigrated there from Kerala, India. As a teenager, she and her siblings moved to the U.S. for a better educational opportunity while their parents stayed back home in Venezuela.

When she was 16, she moved to the U.S. with her brother and sister. At first, they didn't know where they fit in. Strangers often wanted to categorize them as just one thing — usually Indian, since that's how they looked. But as Patricio grew older, she realized she didn't have to choose one identity over the other, either for herself or, later, for her children:

"I've never considered myself fully Latina or fully Indian. It has always been a juggling act between two cultures and multiple languages. Moving to the U.S. further complicated my identity, as there were more immigrants here and it was easier to label me as 'Indian' because I physically fit that box. It took a few years to get to a place where I felt comfortable enough straddling both worlds and answering the question 'Do you feel more Indian or more Venezuelan?' "

Even when they've managed to straddle two worlds, some things were still left by the wayside.

Dustin Desoto, a producer with All Things Considered, is a third-generation American with roots in Spain and Mexico. He wrote about the loss of language. When Desoto's parents were growing up, he said, they'd be hit with a switch for speaking Spanish in school. To avoid punishment, they spoke English as much as possible, even at home:

"This unfortunately trickled down to my sister and me," Desoto wrote. He never learned Spanish. 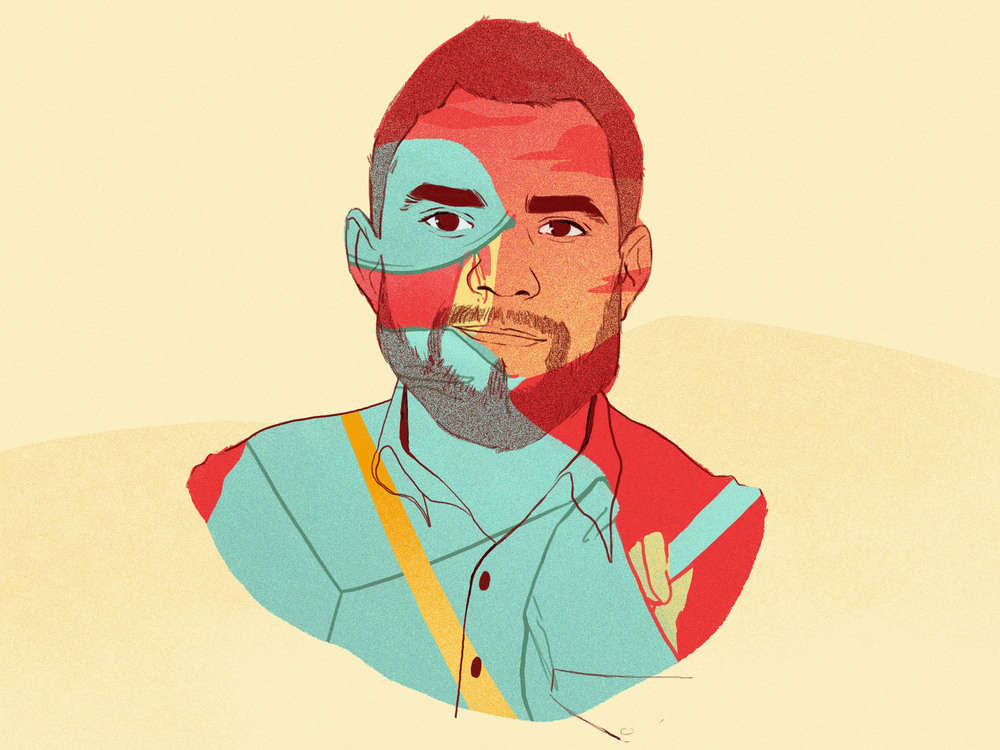 As a young man, Dustin Desoto's grandfather joined the U.S. Army in 1941. He fought in World War II and was one of the few Latinos/Chicanos to serve under Gen. George F. Patton. He fought in both the Battle of the Bulge and the invasion of Normandy.

Other families lost connections, friends, status, belongings. Even the pursuit of U.S. citizenship had a price. Robert Garcia, who leads the Newscast division, was born in New York City in 1957, about a year after his parents left Bogotá, Colombia. Garcia's parents moved back home, but his mother, Stella, returned to the U.S. to escape Colombian drug lord Pablo Escobar's reign of terror. Eventually, she applied for American citizenship, but things didn't go as intended:

"The process was so long, bureaucratic, and convoluted that it outlasted her and she died in 1999 before she was fully naturalized. Some six months after her passing, Stella received a summons to appear in court for deportation, despite the fact that the [Immigration and Naturalization Service] had been mailed her death certificate. We patiently explained that neither her court appearance nor her deportation would be physically possible, and after [we received] two more increasingly threatening notices of impending deportation, the U.S. government ... finally let her rest in peace. For the record, you don't get the $700 application fee reimbursed."

Sometimes, though, the immigration story gets a little closer to the fairy tales. Which brings us back to Quintanilla. In the end, her story has the longing, the duality, the contradications, all fused to create a new, more complex American dream:

"Now, decades later, they've finally settled into a country they once felt out of place in. My dad no longer wears his beret with a red embroidered star á la Che Guevara and my mother has grown to love su casita. But their strong value of education and preservation of their culture remains intact and present in both their lives and my own.

"After years of attempting to assimilate into a world I felt both included and excluded from, I've learned to stop categorizing myself into just one label. I am my Mayan ancestors, my great-grandparents, mi mami and mi papi, and myself."