Editors note: WFDD worked with other public radio stations in North Carolina to look at the how counties responded to the COVID-19 outbreak. This story is taken from that reporting and focuses on the Triad area. The full report is available here.

When the shutdowns began, the White House and governors' offices across the country got most of the attention, but the front-line governments were the counties.

Officially, it was a state of emergency for North Carolina in mid-March. Unofficially, it was also a state of confusion. The coronavirus outbreak led to uncertainties both from a lack of public understanding as well as a local government response that had to deal with a whole new set of problems.

“There was even a lot of confusion at the very beginning of this event over the who has what legal authority to take, what action at the local level,” she says.

One of the things most counties started doing right away was giving their residents information about the spread of the virus in their communities. But that effort was hampered by their own lack of data.

“We didn't have enough kits to do the testing,” she says. “The lab did not have the capacity to process the kits. We did not have enough protective equipment to do mass testing. So it was just such a revolving door and such a vicious circle.”

Vann says testing in Guilford County is now much better. The county has created a drive-thru testing site that recently checked more than 700 people during a five-day period.

Another problem for county leaders: The supply chain that emergency officials rely on simply wasn’t there. 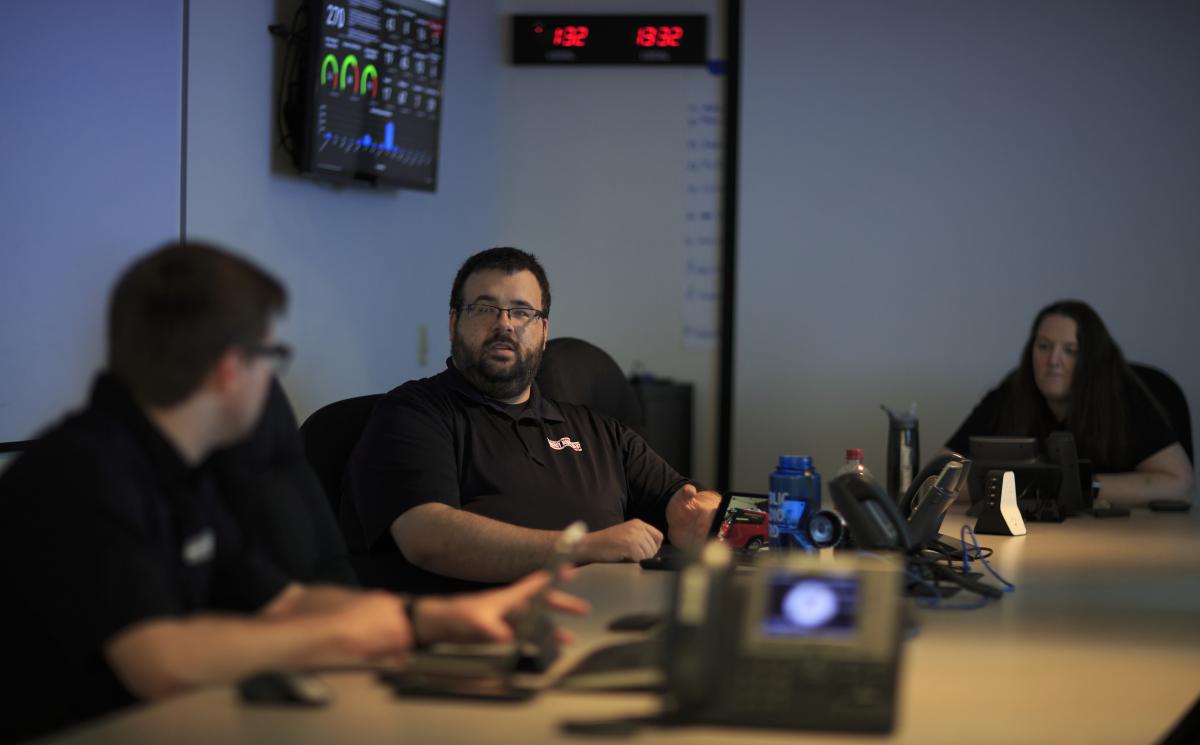 Don Campbell is Guilford County’s Emergency Management Director. He says most emergencies, like tornados, hit one specific area, and surrounding communities pitch in to help.

But with a crisis as widespread as this one, there’s no one nearby to assist, because everyone has the same needs. Still, he says he was surprised to find that when he went the usual routes to get desperately needed supplies, the cupboards were bare.

“And so that was, I think, a challenge for many of us early on because most of us had built pandemic plans based on the assumptions from the federal government that we would have some sort of resources from the strategic national stockpile,” he says. “And as you are probably aware and saw through a lot of the media reporting, that just didn't happen.”

It was a similar situation in Forsyth, says County Manager Dudley Watts. He says getting in line for supplies was one of the first steps the county took as the pandemic closed in. But when it hit, he struggled to get protective gear even for first responders.

“I was incredulous that that was the case,” he says. “When my paramedics were on the scene, don't have a mask, what do you do? Everybody is out trying to get the same thing and it's just chaos to the marketplace.”

More than two months into the state of emergency, there’s still uncertainty for county officials on the front lines of fighting COVID-19.

Yadkin County Manager Lisa Hughes says among the unknowns is what will happen to the vulnerable group of Hispanic migrant workers as they flow into the county to help with tobacco and other crops.

“We are watching that population and working with farmers who have those workers to identify the symptoms if they should have them and come up with a plan if one of their workers does contract COVID-19,” she says.

Hughes says Yadkin officials are also keeping a close eye on the potential impact from the nearby Tyson poultry processing plant in Wilkesboro following an outbreak there that has affected more than 500 people.

She also credits the state for boosting the amount of information that North Carolinians can get about the spread of the virus, down to the local level. She says that can allay fears among the public.

But in an emergency that isn’t as predictable as a hurricane or winter storm, confusion will persist.

“This is a marathon and not a sprint. We have no idea where and what the finish looks like, and so it is absolutely a change for us,” says Guilford’s County’s Don Campbell.

Despite the ongoing uncertainty, one thing is becoming clear to local leaders: the pandemic has fundamentally changed county governments. It has opened the door to more online public interaction and heightened the awareness of emergency management’s role in keeping residents safe.

For the most up-to-date information on coronavirus in North Carolina, visit our Live Updates blog here. WFDD wants to hear your stories — connect with us and let us know what you’re experiencing.

California Lifts Stay-At-Home Orders: 'Light At The End Of The Tunnel'

Federal Data Reveal Which Hospitals Are Dangerously Full This Week. Is Yours?

Chicago Said Teachers Needed To Return In Person. The Teachers Voted No