In The Spot Where He Spent His Final Years, A Museum Honors Yasser Arafat

In The Spot Where He Spent His Final Years, A Museum Honors Yasser Arafat

There's a new museum in the West Bank dedicated to an iconic and controversial world figure: the late Palestinian leader Yasser Arafat.

Visitors can get a peek at Arafat memorabilia and walk through the small compound in Ramallah where he was kept confined, surrounded by Israeli tanks, in the final years of his life.

When Arafat, the leader of the Palestine Liberation Organization, died in 2004, he was buried in a parking lot amid the ruins of his compound, which Israel had partially demolished while Arafat was still holed up in it. Today, Arafat's grave is a mausoleum of glass and stone, and next to it is the gleaming, three-story Yasser Arafat Museum.

Tour guides have been leading groups of Palestinian high school students through the museum, which opened Nov. 10, the eve of the anniversary of Arafat's death. The $7 million museum was funded by the Palestinian Authority government in the West Bank.

Behind glass, some of Arafat's most recognizable symbols are on display: his thick black eyeglasses, his olive-green shirt, his revolver and his signature black-and-white checked keffiyeh headdress.

Also on display is Arafat's passport, the very first passport issued by his Palestinian Authority government in 1995. 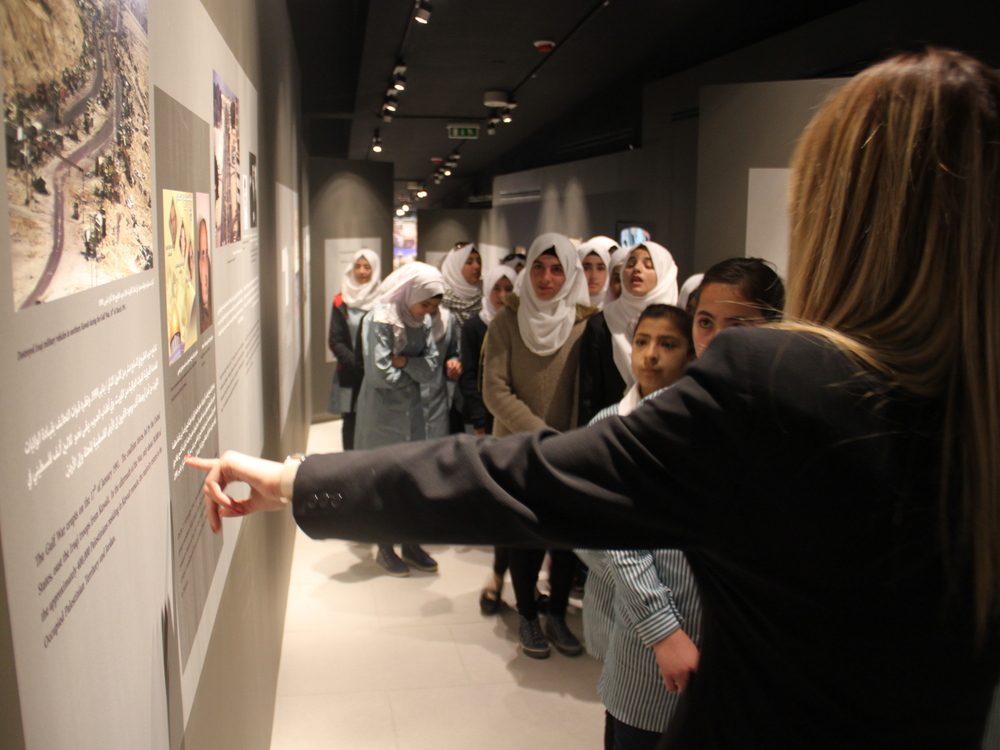 His passport number was 000000001. And in the pantheon of Palestinian figures, Arafat is No. 1, a guerrilla fighter turned peace negotiator who held peace talks with Israel and won a Nobel Peace Prize in 1994, along with Israeli leaders Shimon Peres and Yitzhak Rabin.

Arafat's Nobel medal is on display at the museum, too. What isn't mentioned is how it got there. 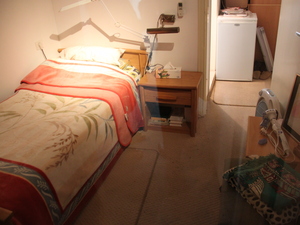 Arafat's bedroom display in the museum is exhibited just as it was in his final days.

Only a few months ago, the Palestinian government in the West Bank, led by Fatah, negotiated with Hamas to get it back. The original Nobel Prize certificate that came with the medal, however, is missing.

"We lost it. We had to ask the Norwegians for a copy," said Mohammad Halayka, the Arafat museum director.

Israel and its Western supporters long viewed Arafat as a terrorist. In 2000, when Palestinians mounted a bloody uprising against Israel, the Israelis blamed Arafat for the violence.

Israeli tanks surrounded Arafat's government building, where he lived and spent the last three years of his life. In 2004, he was whisked away in a French government plane to a Paris hospital, where he died under mysterious circumstances.

During the three years Arafat was confined to his government compound, he slept in a tiny bedroom. Visitors to the museum can peer into it for the first time.

Inside is a filing cabinet Arafat used as a wardrobe, where four jackets hang. An upper shelf contains a folded pile of keffiyeh headdresses and a folded pile of what appears to be long underwear. 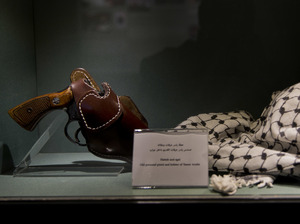 Personal items that belonged to Yasser Arafat, including his pistol and keffiyeh, are displayed in the museum.

Next to his bed are some hair combs, a space heater, a 14-inch television and an electric hand-held massager.

Halayka, the museum director, said Arafat's bedroom had not been touched since he died.

"Nothing has been changed here. Everything is left as it is," Halayka said.

But much has changed since Arafat's death.

Though he was always controversial, even among many Palestinians, today the Palestinian leadership is bitterly divided.

One faction, Fatah, rules in the West Bank; the other, Hamas, rules Gaza. They disagree on the Palestinians' national goal: To make peace with Israel? Or destroy it?

"We all miss him," said museumgoer Ahmad Aboushi, after peering into Arafat's bedroom. "The person who can unify us. We miss the leadership in his character and charisma, I think."

That's the way the museum looks at the memory of Arafat, too — as a founding father who brought the Palestinian cause to the world stage.

An image of his face — with his classic scruffy facial hair and headdress — now adorns hats and sweatshirts in the museum gift shop.