A court in Jerusalem sentenced an Israeli man to life in prison on Tuesday for masterminding the kidnapping and killing of a 16-year-old Palestinian in 2014. The murder escalated tensions in the lead-up to that summer's Gaza war.

As the Two-Way has reported, Mohammed Abu Khdeir "was kidnapped off an East Jerusalem street and put in a car. He was then taken to a forest outside the city, beaten, doused with gasoline and burned to death."

Two Israeli minors have already been convicted for their roles in the death of Abu Khdeir and are serving sentences of more than 20 years, NPR's Emily Harris tells our Newscast unit. She says Yosef Haim Ben-David's sentence was delayed because he pleaded insanity. Here's more from Emily:

"Ben-David first pled insanity when he faced charges of beating and burning to death Palestinian teenager Mohammad Abu Khdeir in early July 2014. But a Jerusalem court rejected that plea. His sentence puts him behind bars for more than 40 years.

"[Ben-David and his accomplices] said in court that killing the Palestinian teenager had been an act of revenge. Palestinian members of the militant group Hamas had kidnapped and killed three Israeli teens a few weeks earlier."

The court also ordered Ben-David to pay 150,000 shekels ($39,725) to the Abu Khdeir family, according to Haaretz, and about $5,000 to the family of another Palestinian teen he attempted to kidnap the night before Abu Khdeir was killed.

According to Ma'an News Agency, Ben-David's sentence was 45 years in prison — "15 years short of what the prosecution had demanded." 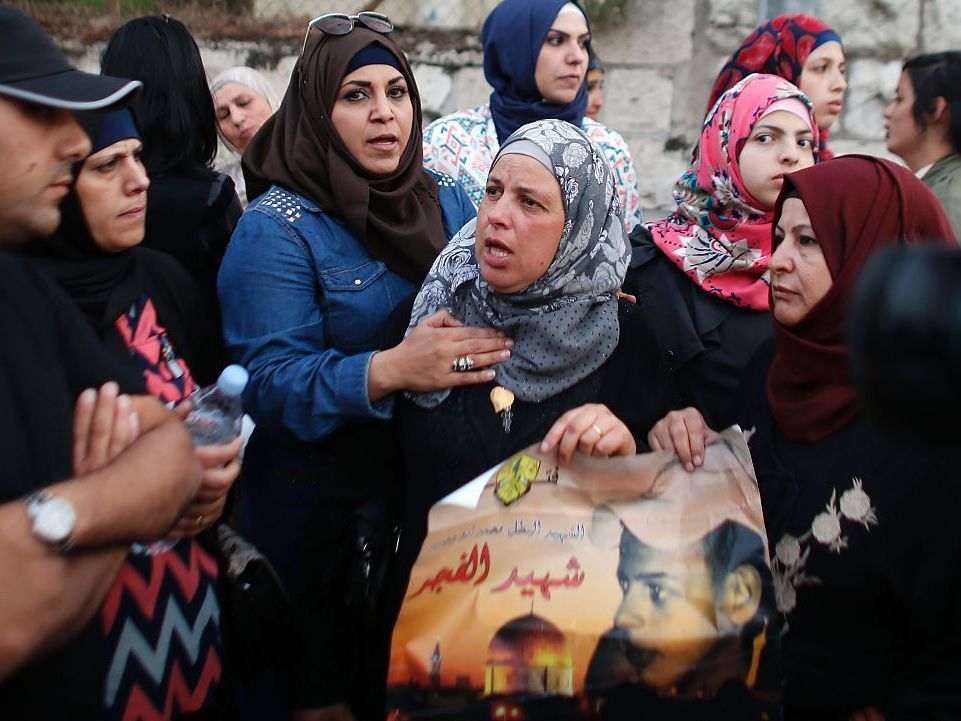 Suha (center), the mother of murdered Palestinian teenager Mohammed Abu Khdeir, takes part in a protest outside the district court in Jerusalem on Tuesday. She's holding a picture of her son.

Ben-David apologized in court for his actions — "after an attorney from the prosecution noted that he hadn't expressed remorse," Haaretz reports.

According to the U.N., 2,205 Palestinians were killed during the Gaza war in 2014, "including at least 1,483 civilians of whom 521 are children and 283 are women." Seventy-one Israelis were killed, "including 66 soldiers, a security coordinator and four civilians."

'We have nowhere to go': Many face eviction during a crisis in affordable housing