Sarah Lohman has made everything from colonial-era cocktails to cakes with black pepper to stewed moose face. She is a historical gastronomist, which means she re-creates historical recipes to connect with the past.

That moose-face recipe dates back to the 19th century, and it wasn't easy. She recalls spending hours trying to butcher the moose from Alaska in her kitchen in Queens, New York. She tried scalding the face in hot water to remove the fur, but it didn't quite work and her apartment stunk of wet moose.

But "at the end of the day, people showed up and ate it, someone actually liked it, and then we ordered a pizza," she says.

Spurred by her friends' enthusiasm, she started a blog. "Every time I made something, a conversation would start. It was just this gateway ... as soon as they were eating, they were asking questions," she says. "They loved the good recipes and the schadenfreude of the bad ones."

Lohman's work got her wondering about the flavors that represent American cuisine and where they came from. That's the subject of her new book, Eight Flavors: The Untold Story of American Cuisine. 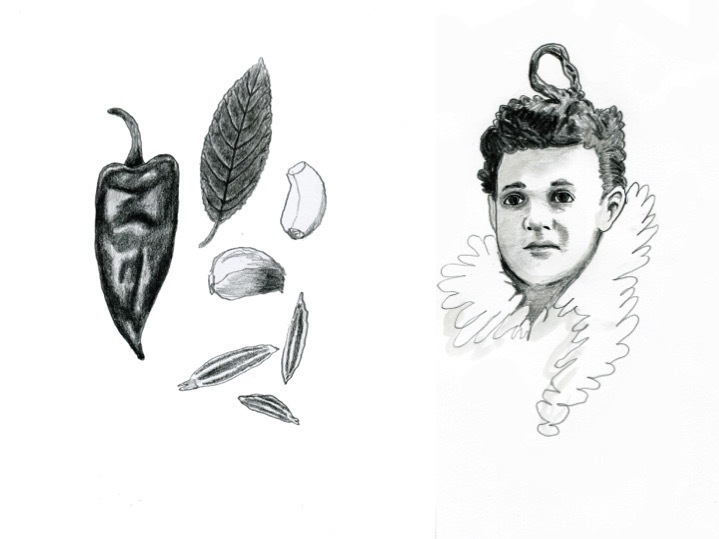 "Chili powder spread across the country because of entrepreneurial Texan-Mexican women who fed soldiers and tourists, and a clever German immigrant who was looking for a culinary shortcut," Lohman writes.

She made a list of common flavors from many historical cookbooks, and used Google's Ngram viewer to count how often the various flavors were mentioned in American books from 1796 to 2000. Eight popular and enduring flavors emerged: black pepper, vanilla, curry powder, chili powder, soy sauce, garlic, MSG and Sriracha.

"I didn't so much choose the flavors that appear in this book, as discover them," Lohman writes.

Researching the book "really upended my idea of these flavors that always stood on the shelf in my kitchen," she says. "I would always pick up a pepper grinder or a bottle of vanilla extract and would never think about what it was and where it came from."

Many historical recipes don't exactly work now — like one for black pepper cake from Martha Washington. Lohman says the original recipe is "really gross" because it used as much ground spice as flour.

She reworked it for our modern tastes, and says more people should be open to adapting recipes to taste rather than following instructions to the letter.

"I find when I'm teaching cooking classes ... my students are often afraid of doing something so massively wrong in the process of cooking that will be irrecoverable that they don't even try in the first place," she says. "I would love to get back to a world where we can be a little bit more relaxed and confident in the kitchen."

But Lohman quickly discovered there was much more than translating historic recipes for modern use: "I didn't realize I was going to be telling the story of disenfranchised people in America throughout history."

She hopes the book is "a successful ode to these people that have affected our history in this country just as much as the establishment, but up till this point, have not gotten the attention they deserved."

For instance, "vanilla is here thanks to a 12-year-old slave who figured out a botanical secret no one else knew. Chili powder spread across the country because of entrepreneurial Texan-Mexican women who fed soldiers and tourists — and a clever German immigrant who was looking for a culinary shortcut," she writes. 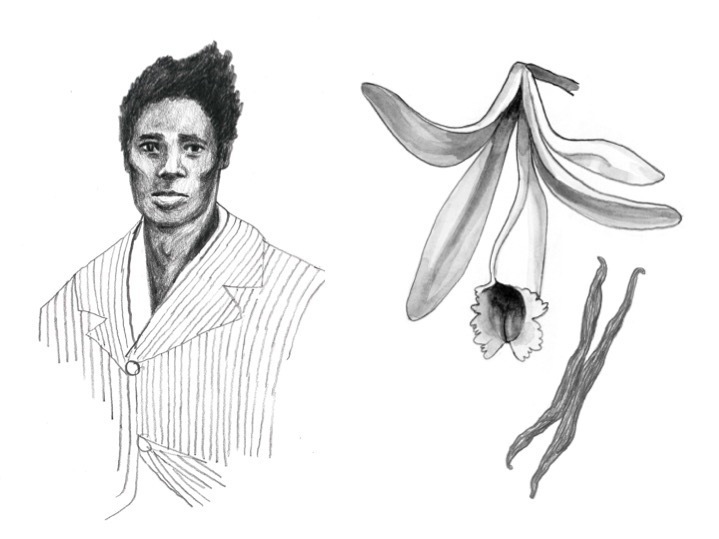 Slave Edmond Albius and a vanilla plant: "Vanilla is here thanks to a 12-year-old slave who figured out a botanical secret no one else knew," Lohman writes.

One story that stands out to her is the creation of Sriracha, which, according to the book, has "seen a meteoric rise in popularity" since its debut in 1980. Lohman notes sales of bottled Sriracha exceeded $60 million in 2014.

She calls it a "quintessentially American story" — founder David Tran is ethnically Chinese, but he is also a Vietnamese refugee. He combined elements of French and Thai cuisine, using peppers grown on a farm north of Los Angeles to make a hot sauce produced entirely in Southern California.

After the Vietnam War ended, the new government systematically targeted and forcibly expelled ethnic Chinese from the country, while charging each person $11,500 for the "privilege" of leaving. Tran, along with his immediate family and more than 3,000 refugees, boarded a Panamanian freighter called the Huey Fong.

After arriving in the U.S., Tran needed to support his family. He was a hot-sauce maker in Vietnam, so he decided to try that in his new home. Now Tran's company is called Huy Fong Foods.

"This ... says immigrants are our culture; they are who we are," Lohman says. "We have to broaden our idea of what an American is."

She points out the Italians, who brought us garlic, were initially "considered a separate race of people that were damaging to the climate of our country."

She says that attitude is still playing out today.

"Food is something that is often accepted in this country before we accept the immigrants themselves. ... We happily buy hummus in our grocery store, but in the meantime, they were going to ban Muslims from entering this country."

A wildfire near California's Big Sur forces residents to evacuate