If navigating your tax return has remained on the back burner until now, you can stretch the process out for three more days this year. That's right: This year's deadline is actually April 18.

This is all because of a fortuitous overlap of federal and state holidays with the usual April 15 due date. 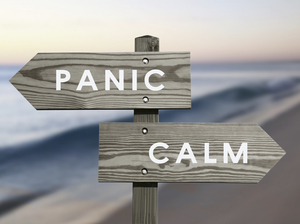 If you're down to the wire on your taxes, this is probably good news.

Emancipation Day, an official holiday in the District of Columbia that usually falls on April 16, is on Friday, April 15 this year — pushing the tax deadline to the following Monday.

The holiday commemorates the end of slavery in Washington, D.C., when in 1862 the D.C. Compensated Emancipation Act "freed 3,100 individuals, reimbursed those who had legally owned them and offered the newly freed women and men money to emigrate," according to the D.C. mayor's office.

The IRS considers holidays observed in D.C. to be legal holidays nationwide. In 2007, according to The Washington Post, "the country had a two-day reprieve on filing tax returns because April 15 fell on a Sunday and the next day — Monday, April 16 — was D.C. Emancipation Day."

And in further good news for (some) procrastinators, taxpayers in Maine and Massachusetts will have an additional day to file because IRS offices there will be closed Monday for Patriots' Day, the statewide holiday marking the Battles of Lexington and Concord. They'll "have until Tuesday, April 19, 2016 to file their individual income tax returns," the IRS says.

The one-day extension for taxpayers in those two states applies "whether they file by snail mail, e-file, or hand-delivery to an IRS facility," according to the IRS.

However, the IRS says that "estimated tax payments are due on Monday, April 18, 2016 — whether or not you're a resident of Maine or Massachusetts." (You can use Form 1040-ES to calculate estimated tax.)

Good luck with your returns, everyone — whether you've filed months ago, or are just getting started.