Monday, Michelle Obama and her daughters, Sasha and Malia, begin their lightning tour of Liberia and Morocco to promote the Let Girls Learn initiative. The program was launched last year by President Obama and the first lady to encourage developing countries to educate the more than 62 million girls worldwide who don't attend school.

On the eve of the first lady's first visit to Liberia, I wandered through downtown Monrovia asking girls about their expectations for the trip.

Many of them only vaguely knew who the president's wife was, but a few of them knew the Obamas were set to visit their homeland.

The first lady is meeting President Ellen Johnson Sirleaf and spending around six hours just outside the capital, Monrovia, to observe a Peace Corps training facility and participate in a roundtable with a group of girls and young women about challenges they face when trying to pursue their education. Then they're rushing off to Morocco in the early evening.

They will not enter central Monrovia, where the girls I interviewed lived, but will remain on the outskirts of the city by the airport. 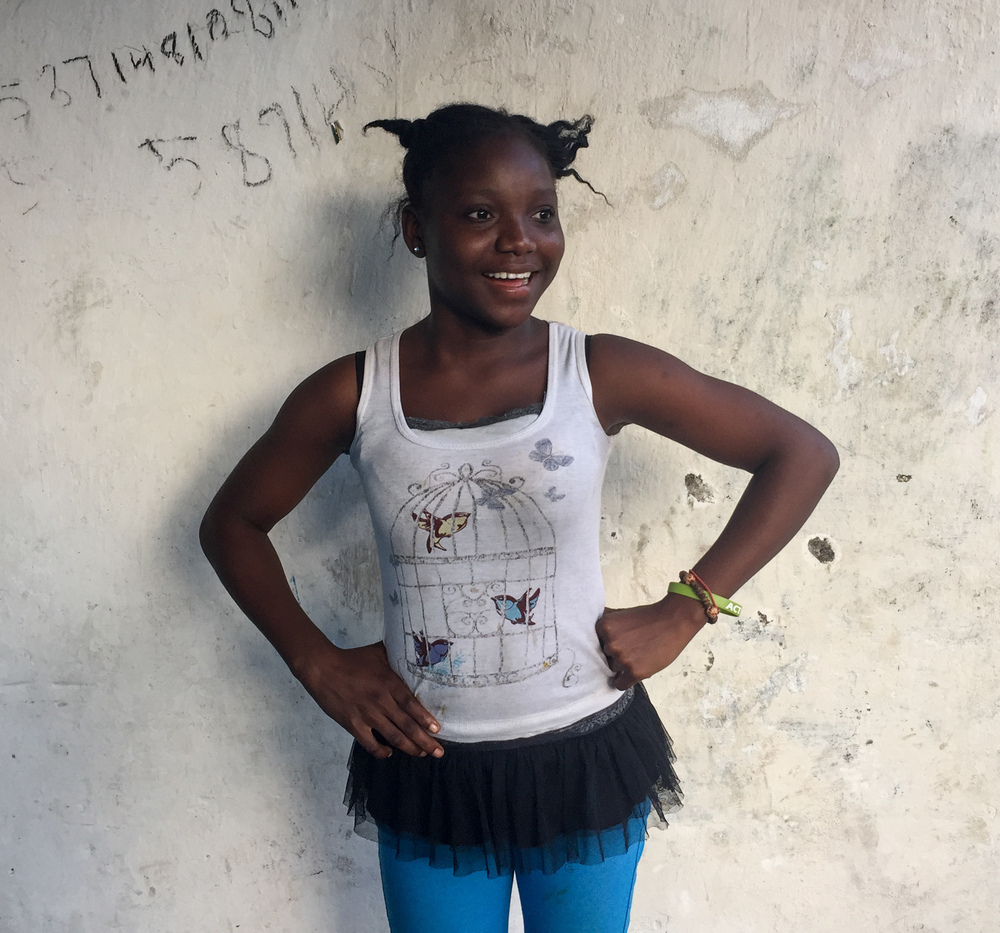 Thirteen-year-old Rita Swen was braiding the hair of her 13-year-old friend Sankay Diallo on the steps near their home on Sunday afternoon. Rita likes listening to gospel music at her church and hopes to one day become a doctor. She had no idea Michelle Obama was coming to Liberia nor why.

"She's a fine, beautiful figure. I've seen her on Facebook," says Rita of Obama, while folding Sankay's hair between her thumb and index finger.

'The buildings are rotten'

Massa David, a tall, lanky 15-year-old in the sixth grade, would like to take Obama on a tour to show her some of the problems with Liberia's infrastructure. 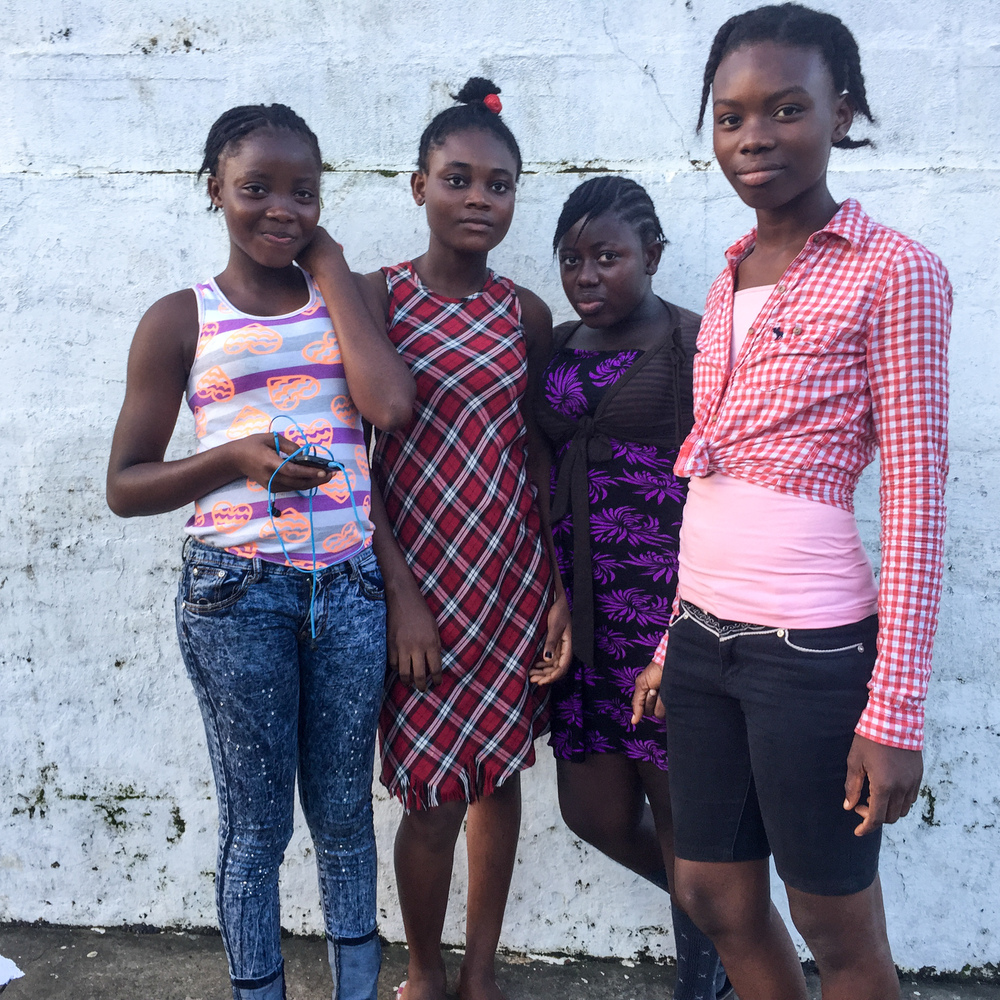 Doris S. Diggs, 15, a seventh-grader who likes dancing and drinking soft drinks and who aspires to be a medical doctor, agrees.

"We need to be developed in the proper way," she says.

'There is difficulty in girls' education'

Evelyn Sokpo, 12, is in the eighth grade and has dreams of being an astronomer. She likes playing baseball and football. 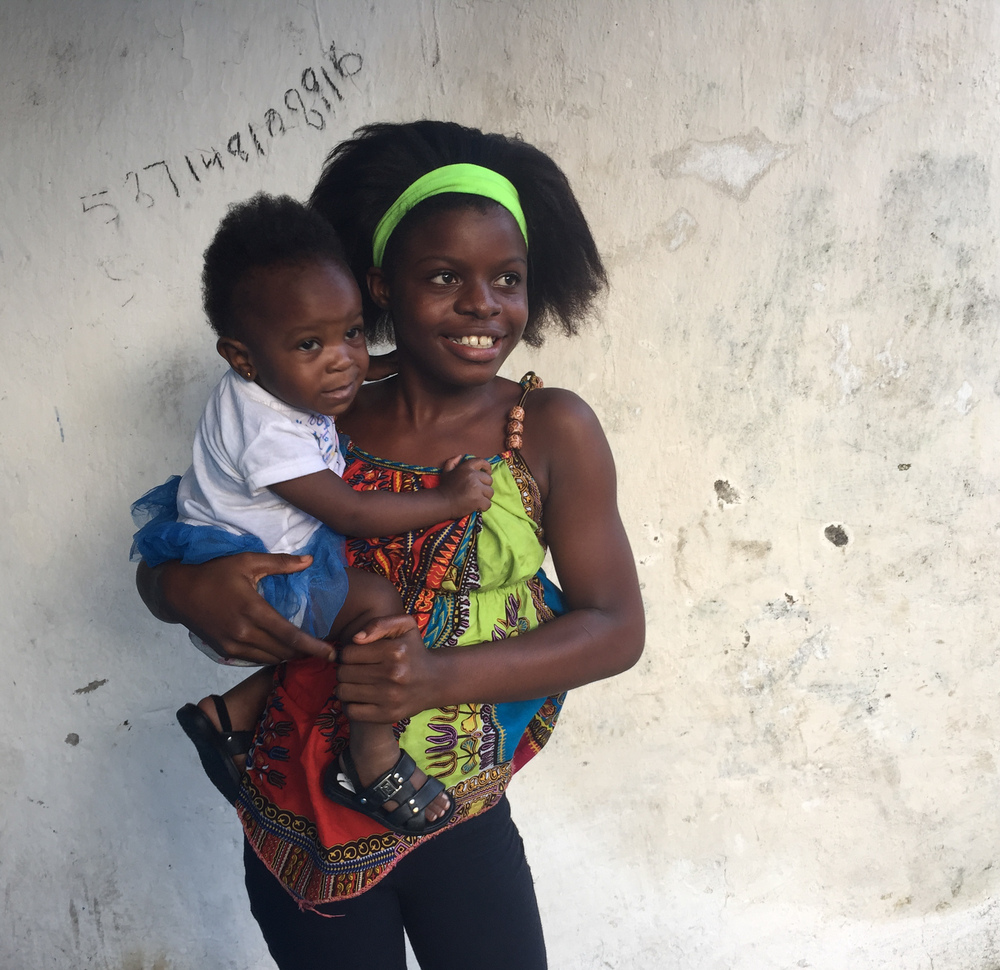 If she were able to take the first lady anywhere it would be Johanssen, a seaside neighborhood in town, so she could see the ocean.

When it comes to education, she wants Obama to know that things need to change.

"Some girl children don't have money to pay school fees. You will be sent out of school. You will suffer. Some will go on have babies and live a prostitute life," she says. "Go on Broad Street and you will see them."

Her friends giggle awkwardly. But even in their early teens they know that this is a reality for many girls. 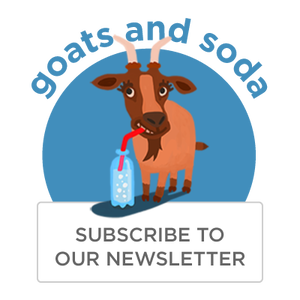 Poverty, sexual exploitation both in and outside Liberian schools and teen pregnancy are major factors that stop girls from completing their education in Liberia. These topics are likely to be discussed in the roundtables that Obama will have with Liberian girls.

Diana Kudjoe, a 15-year-old who sings gospel music with her church choir and aspires to be a banker, says she hopes the visit will help Obama understand why some Liberian girls aren't going to school.

"There is difficulty in girls' education. Sometimes children go to school and they don't have the money so they go to government school or they go and get pregnant," she says. "I hope she will tell them that school is important."

Saran Kallay, 12, is reticent and likes to laugh a lot. But for her, education is no joke.

"I love to go to school," she says. "Education will bring your future up."

Anne Heche legally dead at 53, a week after a fiery car crash