Prosthetic limbs for people who have lost an arm or a leg have come a long way in the last decade. They are now lighter and more comfortable and flexible. You can change out a prosthetic foot for a ski, an ice skate, or a "cheetah foot" for high-performance running.

Athletes and a new generation of wounded warriors from Iraq and Afghanistan are also changing the way wearers feel about the prosthetic — pride is replacing stigma.

Skin tone is out; custom designs are in, like tattoos for an artificial limb. A new business in New York's Adirondak Mountains is taking the trend a step further — using 3-D printers to help people anywhere in the world design colorful, custom-made covers for their prosthetic legs that reflect their personalities. 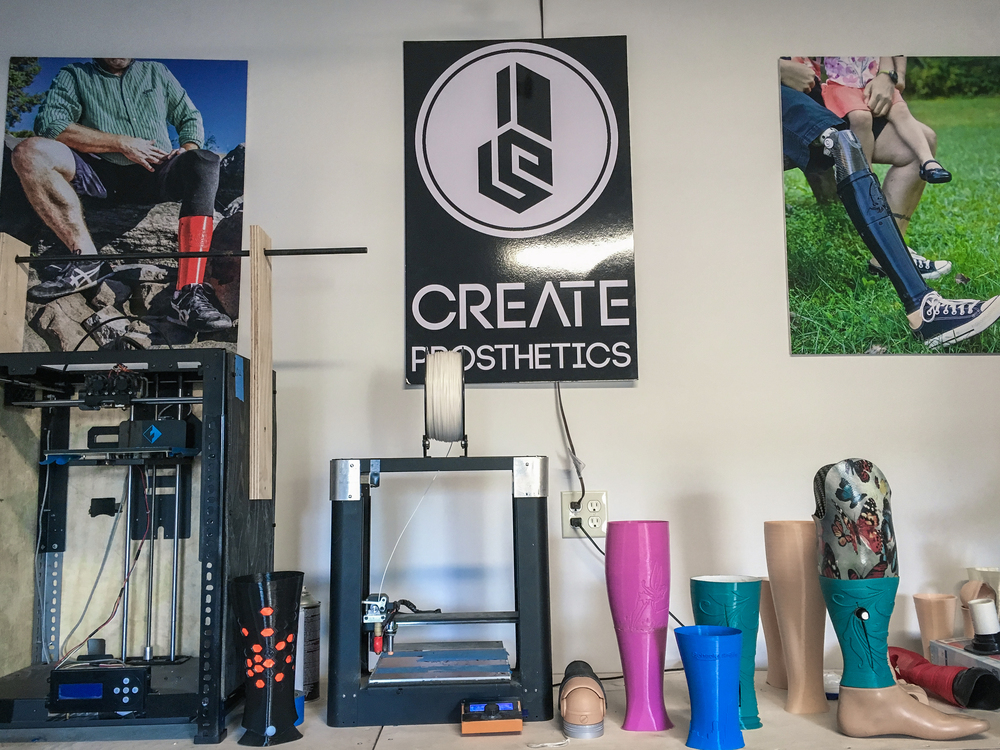 Create Prosthetics' 3-D printers give anyone in the world access to a design operation in Lake Placid, N.Y., that, for $500, creates a personalized cover for a prosthetic device.

"Way more people these days want a cool design like this than they want something flesh-colored," says Jeff Erenstone, a prosthetist and owner of Create Prosthetics, the Lake Placid firm that caters to the aesthetic needs of its clients, as well as to their medical needs.

One of Create's first clients was retired Army Capt. Bergan Flannigan, who ordered a black cover for her prosthetic leg, imprinted with the World War II icon, Rosie the Riveter. "I just think she's cool," Flannigan explains. "She's a pioneer for women's rights."

Flannigan, who now lives in Plattsburgh, N.Y., lost her leg above the knee in a roadside bomb explosion while she was on patrol in Kandahar, Afghanistan, six years ago. 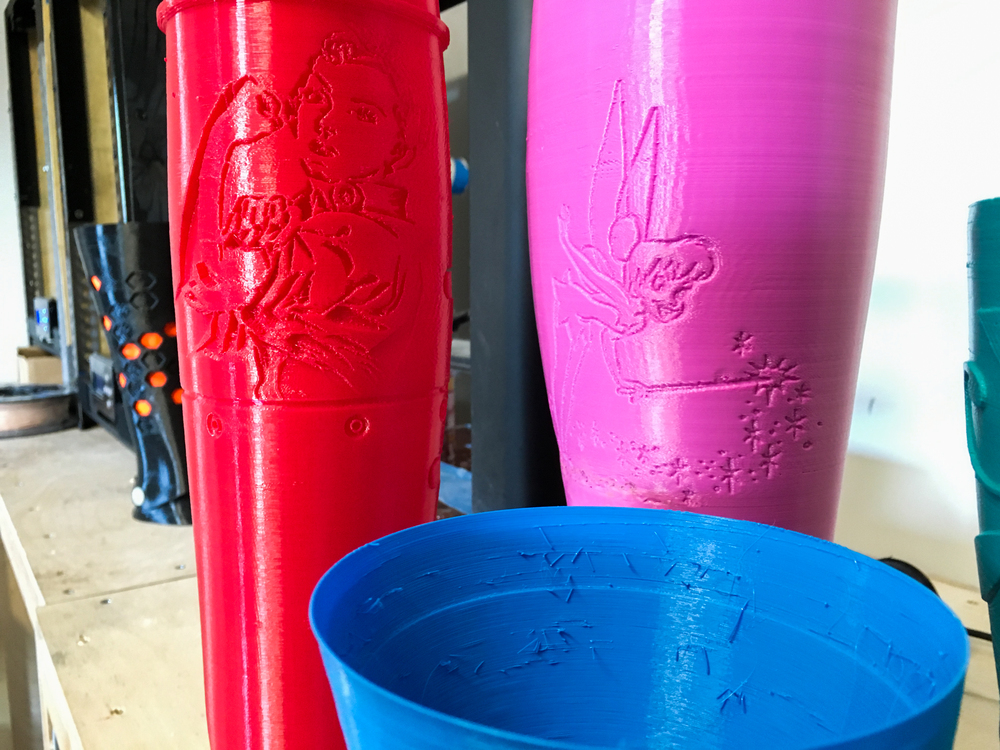 Create's clients can personalize their prosthetic covers however they like. Sports teams. Favorite cars. A picture of your dog. Some people buy more than one, and swap them out, according to that day's whim.

"A lot of guys put their unit crest on the prosthetic somewhere," she says, "or the Army flag or whatever it is, just to show, 'This is how I lost my leg. It wasn't something I was born with. It wasn't a car accident or something like that. I fought for my country and this is what happened.'"

War has driven innovations in the U.S. prosthetics industry, from its beginnings in the Civil War. Young veterans today say they want their prosthetics — and the reality of their sacrifice — right out in the open.

The underlying prosthetic device (the socket that fits the body, the pipe that replaces bone, and the foot) is a medical product. Anyone in need of a prosthetic must see a specialist like Erenstone in person for that.

But another part is its cover — the flexible plastic that protects the prosthetic and gives it a leg-like shape. Create's covers aren't just for veterans. They're $500 apiece. You can buy more than one and swap 'em out if you want. Some clients order car imprints on their covers, or a marijuana leaf. Sports teams. Butterflies. A picture of your dog.

The 3-D printers go pretty much non-stop these days, as people from across North America, and as far away as Australia and China. 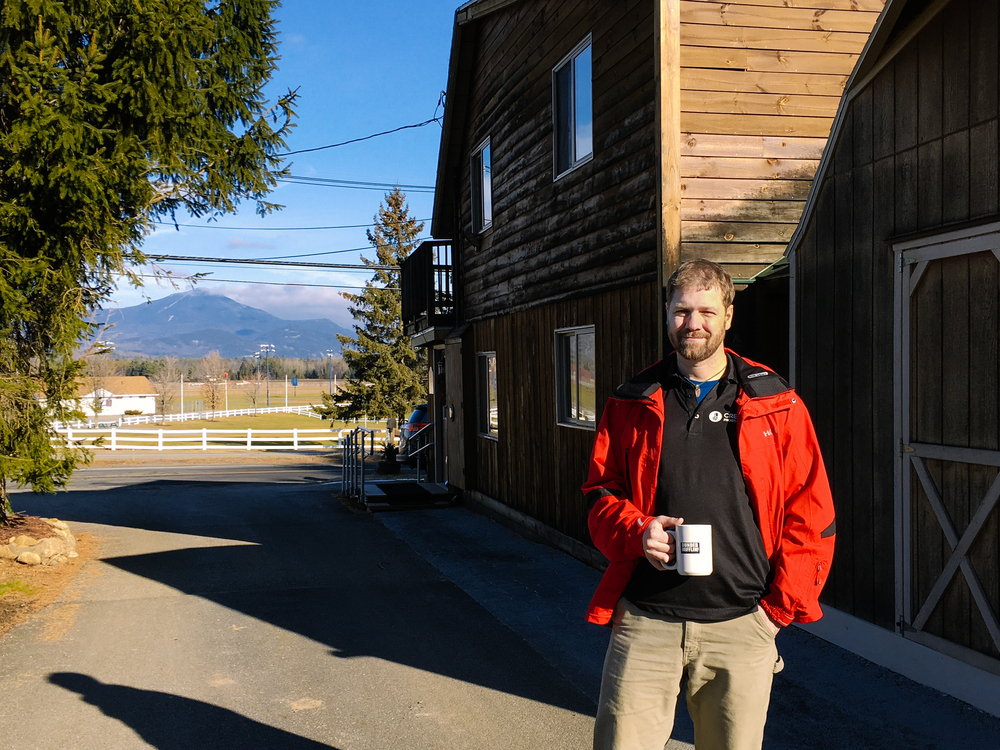 Erenstone thinks one reason his company's products are popular has to do with a key principle of design psychology — "something called 'the uncanny valley,' " he says.

The principle of the uncanny valley, borrowed from robot design of the 1970s, goes like this: The more realistic and human-like a robot or animated character or prosthetic body part looks, the more we tend to like it. But there comes a point — consider that sallow, manufactured look of a mannequin — when our attraction plummets. That's the uncanny valley. We don't find it attractive. We find it creepy.

One way out of that psychological valley, Erenstone says, is to take your design in the opposite direction.

"Make something that is not necessarily supposed to look human," he says, "but gives you the impression of human. And looks really cool."

This is Create's happy zone — a device that puts personality before trying to mimic what was lost. And Erenstone believes strongly that's also a healthy place for someone who's lost a limb.

"Yes, there was something that was lost, in this aesthetic shape," he says. "But there was so much that was gained."

If the non-stop whir of the printers is any gauge, he has plenty of clients who agree.

An earlier version of this story aired on North Country Radio, based in Canton, N.Y.

Regina Spektor releases new album 'Home, Before And After' after a 6-year break

Climate change is threatening thousands of years of winemaking in Turkey