Cyclist Teaches Kids To Use Fun To Prevent Type 2 Diabetes

Cyclist Teaches Kids To Use Fun To Prevent Type 2 Diabetes

Jaime Rangel holds a bike tire and begins checking with his hands for thorns and other sharp objects that might be puncturing the tire's rubber tread. His fingers, stained with black patches of oil, move quickly and seamlessly. He's done this type of work dozens of times before.

All around him, a steady stream of kids line up to get their bikes' flat tires and faulty brakes fixed at this free event at a park in southeast Fresno, Calif.

The free bike repairs are a preamble to the Cumbia Ride, a group bike ride with Latin American dance music started last year by Fresno's Cultiva la Salud to promote biking and a healthier lifestyle among Latino families.

Rangel, 26, says he's here fixing bikes because he had a childhood like many of the young riders at the event — kids who can't afford to have their bicycles repaired.

"When I was a kid, no one showed me how to fix a bike," he says. "My mom never took me to a bike shop because we grew up low-income, so everything I had to learn from scratch."

Rangel makes a point of teaching those skills to the kids and their parents. He wants young people and adults, especially in working-class neighborhoods like southeast Fresno, to be able to bike more, to help fend off some chronic diseases, such as Type 2 diabetes.

Facing Type 2 Diabetes As A Teen

Rangel was just 14 and living with his family in Los Angeles when he was diagnosed with Type 2 diabetes. Obesity and a sedentary lifestyle are risk factors for the illness. Although he was tall — 6-foot-1 — Rangel weighed 260 pounds.

It's been a dozen years since he got the diagnosis, but he recalls clearly how frightened he was. Diabetes had already transformed the lives of his mother, two sets of grandparents and other relatives. He knew what he was facing.

"I was really scared," says Rangel. "I was seeing there were only certain foods they would eat, taking their insulin shots. And I was like, 'Nah, that can't happen. I'm too young!' "

Unlike people who have Type 1 diabetes, in which the body produces insufficient insulin to process carbohydrates, people with Type 2 diabetes do make enough insulin — but their bodies aren't able to use it properly. People with Type 1 diabetes need insulin shots. But some people on the road to Type 2 diabetes are able to improve their metabolism through shifts in diet, weight loss and exercise. They can often prevent — or in some cases, reverse — the illness without medication.

Until about two decades ago, Type 2 diabetes in children and teens was practically unheard of. But the number of adolescents living with the disease has gone up in recent years, in large part because of the obesity epidemic. As with adults, rates of Type 2 diabetes are higher among Hispanic, African-American and Asian-Pacific Islander youth than non-Hispanic whites, according to data from the Centers for Disease Control and Prevention.

Rangel's doctor told the young man he needed to lose weight and give up foods he loved. But Rangel didn't know how to start. He liked the idea of cycling, but couldn't afford a bicycle; a close friend stepped in with a gift of a BMX bike.

Rangel didn't know how to ride, and says it was scary at first. He fell a lot the first couple of times he tried. 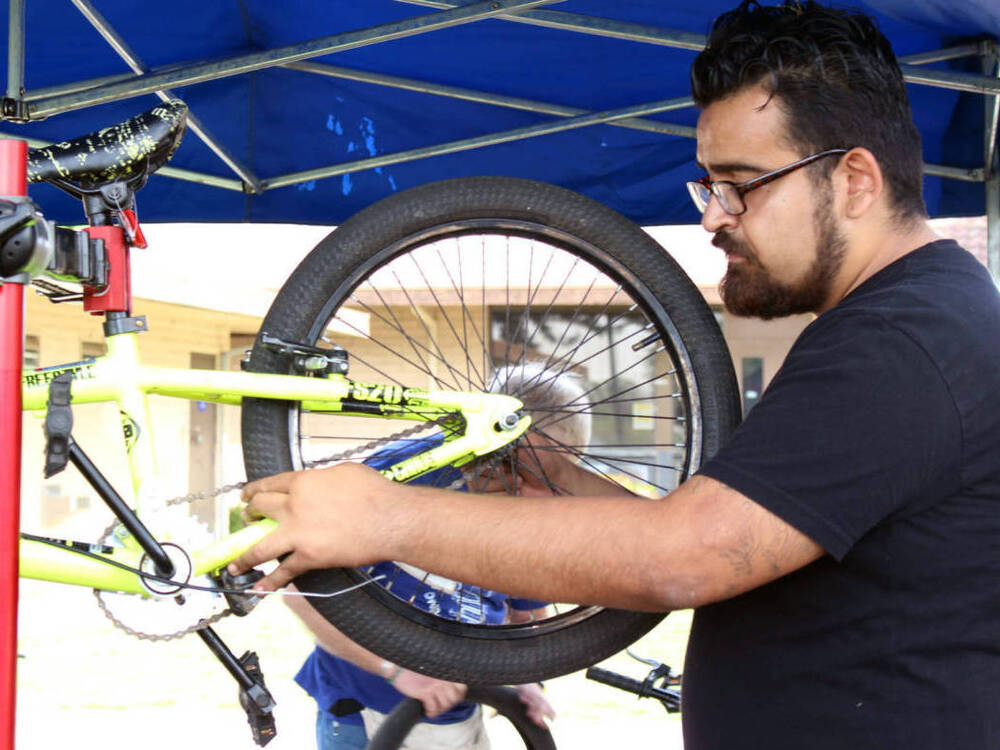 Rangel, who is now 26, says biking was a lifesaver when he was a teen newly diagnosed with Type 2 diabetes. At his insistence, his mom, cousins and uncles began cycling — and the exercise helped bring their diabetes under control, too.

"I was a big dude riding a really small bike, so I didn't know how to balance my weight," Rangel says. "But I just kept going. I didn't want to stop, and I just kept doing it so I could get better."

With each trip he took, he ventured longer distances. Rangel says he enjoyed the independence he felt while crossing the traffic-jammed city. Under the power of his own legs pushing down on his bike's pedals, he would travel from his home in the Lincoln Heights neighborhood of Los Angeles to the beach in Santa Monica — 20 miles away.

Within a year, Rangel had reversed his Type 2 diabetes. His blood sugar levels returned to a normal range — and he was having fun.

"Biking changed my life. I lost a lot of weight," says Rangel, who now weighs about 220 pounds.

His family noticed the change in the way he looked and the dramatic improvement in his health. At Rangel's insistence, his mom, cousins and uncles began biking — and their lives changed, too, he says.

"We all got rid of our diabetes, pretty much," says Rangel, who recently moved to Fresno. "Now when I'm in LA, about 20 of us go bike riding together."

Rangel hopes to make the same kinds of change in his new hometown. The most recent state data show that Fresno County has the fourth-highest death rate from diabetes in California, with other Central Valley counties not far behind.

Using his personal experience and love for biking as a mantra, Rangel coordinates youth engagement for the San Joaquin Valley Latino Environmental Advancement & Policy Project and manages the group's Bici Projects (short for "bicicleta" — which means "bicycle" in Spanish).

How Can Type 2 Diabetes Disappear?

Not everyone can beat Type 2 diabetes through exercise and weight loss, says Dr. Saleh Adi, a pediatrician studying diabetes at the University of California, San Francisco. But there's "tremendous hope," especially for young people and others diagnosed early in the disease process, he says. 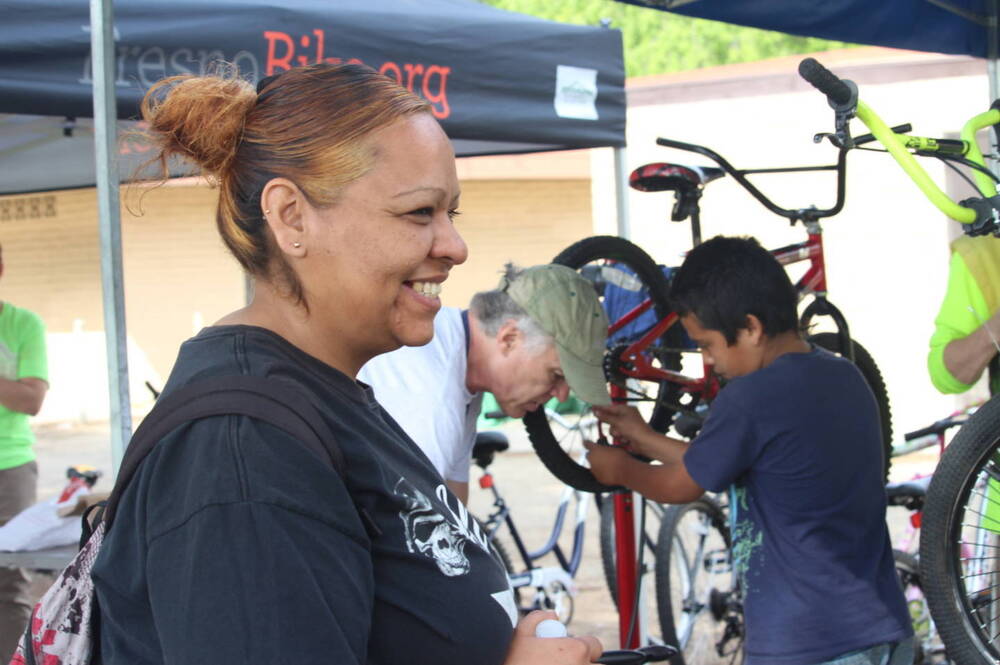 Eloise Betancourt brought her 11-year-old son, Lorenzo (right) to the Fresno, Calif., community event to learn to repair his bike. Lorenzo saved money from his lawn-mowing business, his mom says, to buy bikes at a garage sale for himself and his sisters.

"Exercising increases your sensitivity to insulin, and that's true in everybody," says Adi, whose pediatric clinic tries to get Type 2 patients to engage in physical activity for six months before prescribing them medication.

"We've seen quite a few cases where the disease disappears," he says.

Adi readily acknowledges squeezing more exercise into daily routines is not easy. But even 10 more minutes of walking can begin to make a difference.

"Don't give up," Adi says. "You can really get rid of Type 2 diabetes if you change your lifestyle. I'm talking about moderate exercise — that will really help."