"Well, it's not been a great week," British Prime Minister David Cameron said at his party's spring forum on Saturday, after the leaked Panama Papers revealed that his late father ran an offshore fund. "I could have handled this better. I know there are lessons to learn, and I will learn them." 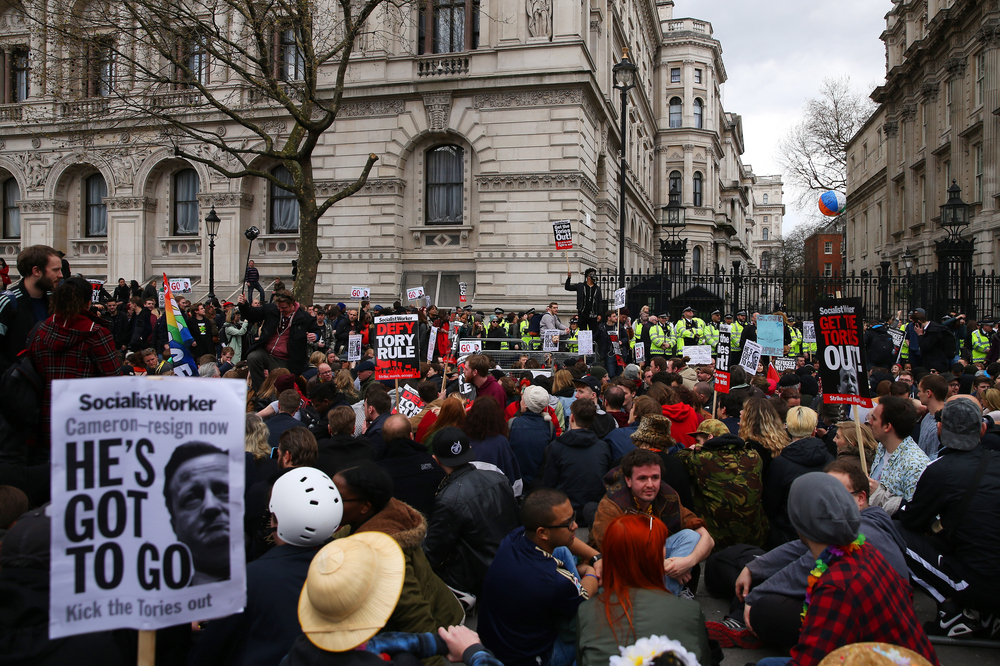 "After Cameron's spokesman initially said his financial affairs were a private matter, the question of whether the prime minister personally had links to the Panama-based fund was met with five days of repeated equivocation. Cameron finally conceded he did have shares but sold them before becoming leader, insisting he paid tax and did nothing illegal."

He has now pledged to release the last six years of his tax returns, Larry adds.

"Don't blame No. 10 Downing Street or nameless advisors, blame me, and I will learn the lessons," Cameron told his party members at the forum Saturday. "I was obviously very angry about what people were saying about my dad ... but I musn't let that cloud the picture."

Labor Party Leader Jeremy Corbyn has called for Cameron to "give a full account of all his private financial dealings and make a statement to Parliament next week."

"After years of calling for tax transparency and attacking complex offshore tax arrangements as 'morally wrong,' the Prime Minister has shown to have personally benefited from exactly such a secretive offshore investment," Corbyn said in a statement Friday. "Once again the message has gone out that there is one rule for the wealthy and another for the rest of us."

The Two-Way has gone into depth about the fallout from the Panama Papers around the world. Take a look here.