Big Financial Costs Are Part Of Alzheimer's Toll On Families

Big Financial Costs Are Part Of Alzheimer's Toll On Families

First, Alzheimer's takes a person's memory. Then it takes their family's money.

That's the central finding of a report published Wednesday by the Alzheimer's Association on the financial burden friends and families bear when they care for someone with dementia.

"What we found was really startling," says Beth Kallmyer, vice president of constituent services for the organization. "The cost of paying for care was putting people in a situation where they had to make really difficult choices around basic necessities — things like food, medical care, transportation."

The report, based on a survey of more than 3,500 Americans contributing to the care of someone with dementia, also found that:

The Alzheimer's Association decided to conduct the survey, Kallmyer says, after hearing lots of stories of financial hardship from friends and family members of people with Alzheimer's. One of those stories came from Paul and Sarah Hornback, who live in central Kentucky.

Paul Hornback was a senior engineer and analyst for the U.S. Army when was diagnosed with Alzheimer's six years ago. He was just 55.

"I was kind of at the height of my career and then this dreadful diagnosis came and it just wiped out every plan I had for my career," he says.

Hornback and his wife, Sarah, had to re-imagine their future. Then they began to consider the financial implications.

The Hornbacks had borrowed a lot of money to put three children through college. Now Paul was being forced to retire early and they wouldn't have his salary to pay off the debt.

"We had to sell basically everything but my wife's car and an old truck that I kept to drive around here on the farm," he says. 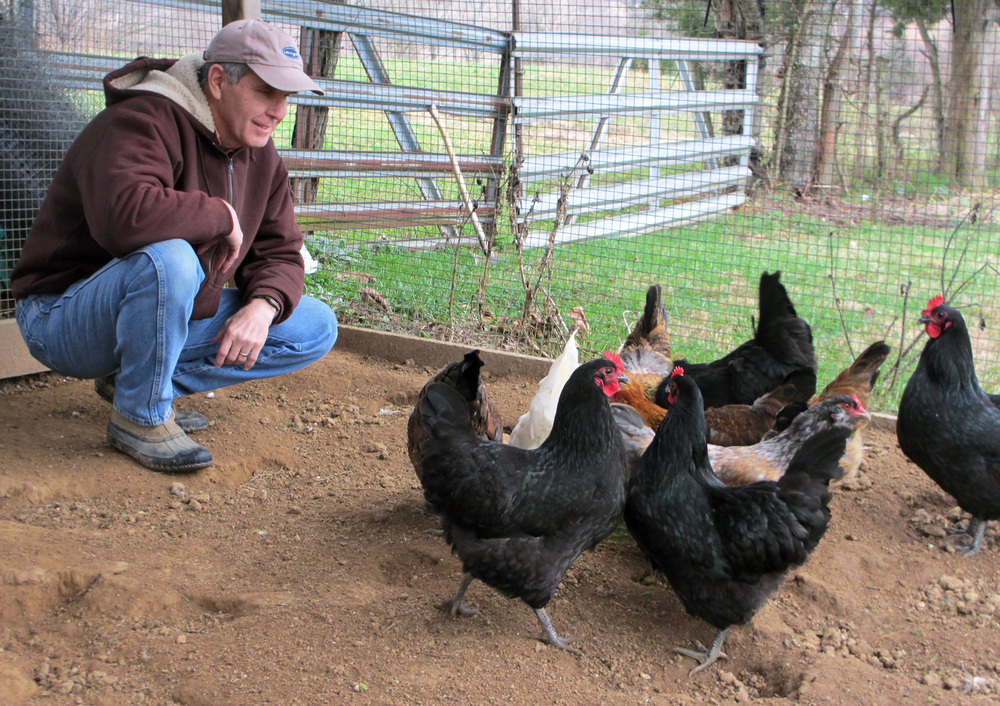 Paul Hornback lost his engineer's salary when diagnosed with Alzheimer's at age 55. He still tends chores on his farm, but worries about how his wife and kids will pay off the medical debt as his health deteriorates.

Courtesy of the Hornback family

At first, Sarah Hornback kept working as a school administrator. But about 18 months ago, she also had to retire early — to care for her husband.

"It got to the point where it just wasn't safe for him to stay alone just because of memory and decision making," she says. "He might leave the stove on or he might decide that there was a tree branch bothering him and he should get out the chain saw."

The Hornbacks are getting by on their early retirement income. But Sarah Hornback says the real financial problems will start when she can no longer care for her husband on her own.

"When he has to go into full-time care, I'm going to be at the poverty level, basically," she says.

The financial burden is greatest for people like the Hornbacks, who have to pay more while working less, Kallmyer says.

The survey also found that about two-thirds of Americans believe Medicare will help cover nursing home costs, or aren't sure whether it will. It won't.

"What that tells us is that families are ultimately unprepared for that really, really significant cost of long-term care," Kallmyer says.

"It's a challenge for almost every family that we see," says Dr. Pierre Tariot, a geriatric psychiatrist and director of the Banner Alzheimer's Institute in Phoenix. "We do see folks who are lucky and have considerable resources. But even for those families it's a major financial obligation."

And it's not realistic to expect every family to absorb the cost, Tariot says.

"Ultimately," he says, "society will need to think of other ways of funding care for our elders as they become vulnerable."

The Pentagon investigates what are now called UAPs or Unexplained Aerial Phenomena.