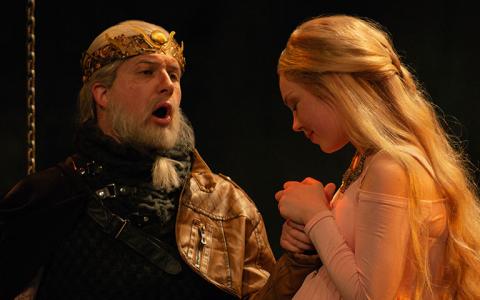 Emerging Artist Series
Music by George Frideric Händel; Libretto by Nicola Haym
Directed by Steven LaCosse; Conducted by Steven Stubbs
The mighty Grimoaldo has defeated Bertarido, King of Lombardy, and usurped the throne of Milan. Bertarido is forced to flee the city, leaving his wife, Rodelinda, and his son, Flavio, prisoners of Grimoaldo. As rumors of Bertarido’s death circulate, Grimoaldo plots how to legally take possession of the throne. Meanwhile, a very alive Bertarido makes plans to rescue his wife and son from Grimoaldo’s clutches. A story of love, devotion and political intrigue, this opera is one of Händel’s biggest hits.